The Boston Celtics and guard Carsen Edwards have come to an agreement on a guaranteed contract worth $4.5 million over 4 years, according to The Boston Globe's Adam Himmelsbach. 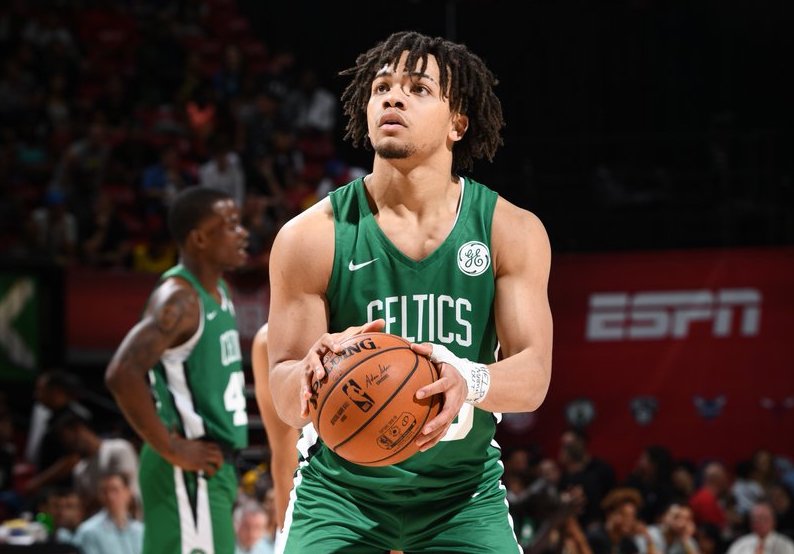 According to a league source the Celtics and 2nd round pick Carsen Edwards have come to terms on a guaranteed contract.

Over $4.5 million in guaranteed salary over the course of the deal for Edwards, per source.

The second round pick has lit it up in Summer League play for Boston while growing his friendship with other Celtics rookies Romeo Langford, Grant Williams and Tremont Waters.

The Purdue product was the last of the Celtics rookies to sign a contract after the two first-rounders Williams and Langford signed earlier this week.

He is a quick shooter who can hit from beyond NBA range as well as burst his way through the lane to the rim. However, his speed on drives sometimes forces him to make awkward layup attempts in the paint that lead to misses.