Yes, I know what you are thinking. Clint Capela playing in Brad Stevens system? The big guy can't shoot outside five feet from the hoop. He's a poor free-throw shooter. Isn't the best ball-handler on the planet. I get all that, but last I heard, Stevens is a coach that puts players in situations that enhance their strengths. 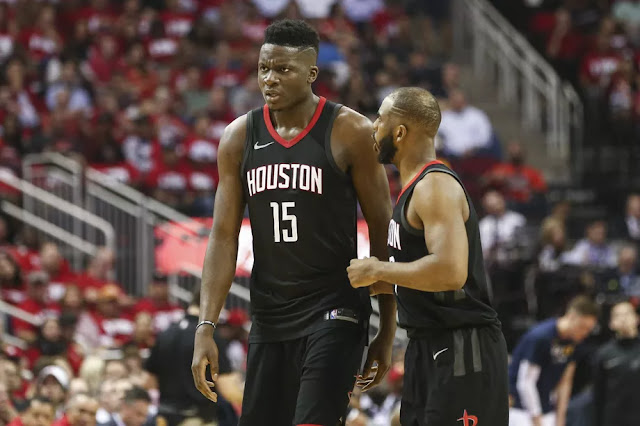 Just what are Capela's strengths? He is a double-double machine (points and rebounds). He is a strong finisher at the basket, and at 6'11" with a 7'4.5" wingspan, he can protect the rim. He has improved his game every season since he was plucked with the 25th pick in the 2014 draft. He earned $13.8 million this past season, and is locked into a 5-year contract ending in 2022-23 at $18.2 million.

Clint Capela would be a huge addition to the #Celtics if it happens 😮#RiseTogether pic.twitter.com/kN5xyPGYhu

The Rockets have made it known that every player on the roster is up for grabs, but they are not about to give their big man away. With the Warriors plagued with injuries and showing signs of vulnerability, Houston will be looking for talented veterans to place around James Harden, in addition to draft picks. It is doubtful they would go into a total rebuild.

If Boston can't reach a deal with Al Horford (player option), a sign-and-trade to Houston could work to bring Clint to Bean Town. A similar S&T for Terry Rozier may not work, particularly if Chris Paul remains with the Rockets. Danny Ainge has a lot of decisions to make in the next month, and timing is critical.

I see Capela as an enticing piece for the Celtics. His age (25), contract - and the fact that the Celts need more depth at the center position - should drive serious discussion between Boston and Houston. And it may be time for Brad to loosen up his rigid offensive schemes and substitution system. Capela may be the change the Celtics need to regain superiority in the rapidly-changing NBA landscape.