There is something truly endearing about Jaylen Brown. He took a major hit on minutes last season (down 6 MPG from 2017-18) - never complained - never got too low - and just went quietly about his job. I see what a huge difference an equally-quiet Kawhi Leonard has made in Toronto, and there are definitely a few similarities between the two players. 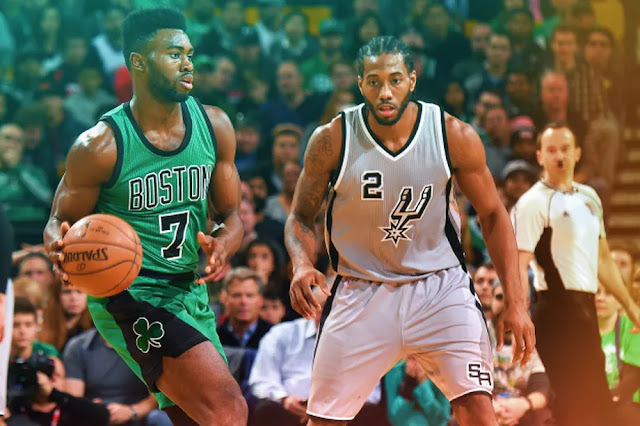 Since being down 0-2 to the Milwaukee Bucks, the Raptors have won five in a row and lead the NBA Finals 1-0. The driving force behind that run is Leonard. He doesn't say much on or off the court. he just goes about his business - and does it with perfection. Here are a few words from NBA TV's Steve Smith:

Everybody talks about a vocal leader. This (Kawhi's leadership) is the epitome of lead-by-example. He keeps everybody on an even-keel. It has changed Kyle Lowry. It has changed the entire (Raptors) organization.

You can learn at any stage of your life remember that

Leonard is not demonstrative. Neither is Jaylen. No fist-pumping. No exuberant jubilation after every hoop. No theatrics after a no-call by the officials. Both are never too high or too low after any occurrence. "Stoic" and "poised" are words used to describe The Klaw.

But beyond the physical gifts, they both seem to have the intelligence and mind-set most NBA General Managers should look for. Because of the respect most of us hold for the San Antonio organization, many criticized Kawhi for sitting out with what some viewed as a minor injury. I, for one, am now rethinking that saga. Leonard is his own man. He copies no one else. Neither does Jaylen Brown. It took several years for Kawhi's game to develop with the Spurs. Hopefully, we will see that with Brown. I love what I see in both of them.

Photo via NBAE via Getty Images