If Horford restructures his contract with Boston, intriguing paths open up


With news of Al Horford choosing not to opt-in to the final year of his current contract, NBA salary cap guru Bobby Marks pointed out an intriguing path for the Boston Celtics to team build around a restructured Horford deal.

Such a deal, perhaps in the neighborhood of $20 million per year over three or four years, would possibly allow the team to use the full Mid-level Exception of $9.2 million along with the Bi-Annual exception of $3.6 million while getting the added benefit of staying under the tax ahead of a likely long run at or above the tax line. 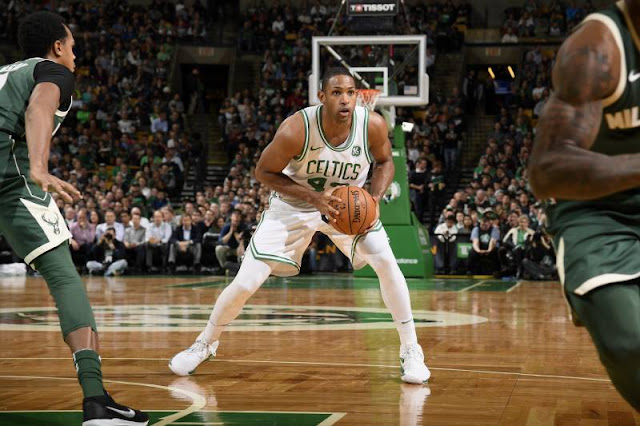 This would help push back arriving at the repeater tax once younger players like Jaylen Brown and Jayson Tatum exit their rookie scale deals, and helping cost not become a significant limiter on the team's ceiling before these players truly hit their primes.

Curiously, Marks believes this might even be possible after bringing back Terry Rozier in free agency. Given his restricted status and perhaps smaller market in a very populated free agency market (as much as half the league may end up on the move, with far fewer cap than hoped for salaries), so it's not out of the question Scary Terry's market may prove more tepid than he may wish.


Horford coming back at a lower number ($20M range) with length (3 years) on the contract would allow Boston to have the full $9.2M midlevel and $3.6M bi-annual exception to use in free agency. C's are still under the tax if both are used and Rozier brought back.
— Bobby Marks (@BobbyMarks42) June 18, 2019

The added bonus is the two tax-free slots that could aid the team snag some bargain short-term contracts should one of those many free agents be unable to land the kind of deal they'd like this season, allowing talent worth more than the value of the deals the team could make to be snapped up on the cheap.

Of course, this all would require coming to terms with Horford on an extension in that range, which is by no means guaranteed. But the prospect of securing a rosier (if not necessarily Rozier) future coupled with Al's seeming openness to such a deal hint this isn't such a radical proposition, either.