After the turmoil and total disappointment from last season, it is time for some fresh air. I truly believe Celtics fans may have that in the person of newly-drafted Grant Williams. Trust me - I am not painting him as the next version of Kevin Garnett, but contrary to what sports writer Dan Shaughnessy may think, I believe he can supply the team at least a bit of help right away. 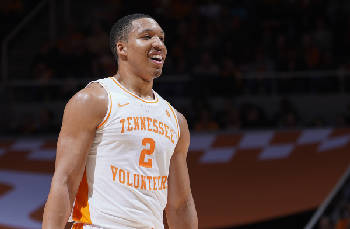 Thank you to the celtics organization!! This is the moment i’ve dreamt about for so long! Blessed and excited to be a part of the most historic franchise in NBA and i’m ready to add to that legacy and get to work.… https://t.co/fiLhTt2QOA

"Wait, who wore No. 5? KG... DANG! I've got to make my own name somehow."@Grant2Will talks with @finebaum about the history of the Celtics. He's still trying to figure out a number btw. pic.twitter.com/OsMHMYQtv9

How good can he be? What's his ceiling? Too soon to tell. But his points, rebounds, assists free throw attempts and free throw percentage have all increased each of the three years at Tennessee. He got to the free throw line an average of 7.0 times per game last season, and he hit 82% of them. If you haven't already done so, listen to his one-minute discussion about his choice of a jersey number. This kid was brought up right. Looking forward to watching the Williams Brothers, Rob and Grant, as an occasional tandem on the hardwood.