Former Boston Celtic wing Evan Turner has been traded from the Portland Trailblazers to the Atlanta Hawks, per multiple sources.

Turner, a fan favorite in Boston as muh for his post-game quotes as his play, saw his performance dip after signing perhaps one of the most emblematic contracts inked during the heady cap space days of the summer of 2016, averaging a mere 8 points, 3.8 boards and 3 assists per game in his time with the Trailblazers. 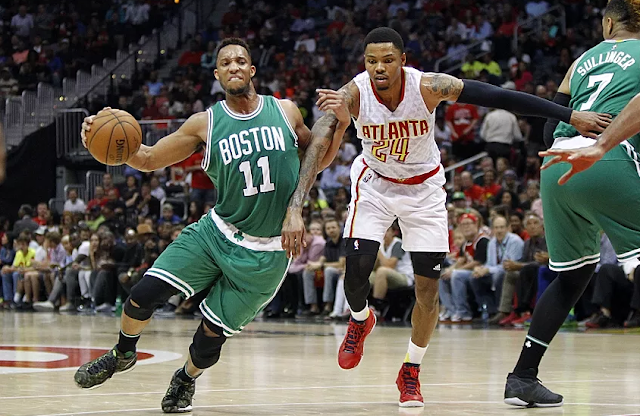 Too rich for Boston's blood, he made his way to the Pacific Northwest, only to be dealt yesterday to the Hawks as the Blazers gear up for a playoff run in a wide-open West.

While a rebuilding Atlanta is likely making the move for cap-opening purposes (getting Turner's $18,606,557 expiring deal will save them $663,105 from Bazemore's), they'll also be getting those otherworldly after-game interviews, too.

While he might not be the player many hoped for at the start of his contract, he'll always be beloved in Boston.