As all of us know very well, Danny Ainge can be close-to-the-vest, and a bit cryptic, in his presentations to the press. He never wants to reveal too much. I am about to break apart one of his latest speeches about the rookie-additions, the need for humility and hard work - and the future of the Celtics. 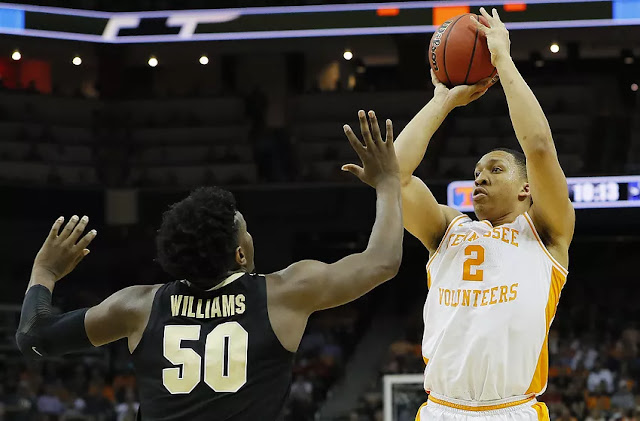 Danny Ainge explains why it's important to have players on the team who are good people pic.twitter.com/hfxqZGIIUp

.
Let me start by stating what I have said all along. Ainge's presentation was far from an indictment of Kyrie Irving. Kyrie carried this team for many of the games in which he played, but he was no leader. As the losses mounted up, he grew sullen, and although he never did much finger-pointing directly, it was certainly implied. But fingers needed to be pointed at a number of other culprits within the organization. Irving was not alone in tearing down what was supposed to be a winning season. Here is the key statement from Danny:

I think that this makes live more enjoyable when everybody is humble, hard-working and will play any role they have to to make the team succeed. You do have to have a certain amount of talent to win. Good people make coming to work more fun.

Was Kyrie humble? No way, Jose! Hard-working? You bet. Play any role for success? Let's say he needed more work on that aspect of his game. But other Celtics players refused to accept their roles also.

.
The four new rookies came to town. They are like a clean blackboard - spring plantings. We have no idea what they can become. Here are Danny's key words - "humble, hard-working- play any role for success". I am totally sick and tired of rhetoric and mind games. Ainge laid it out for the rookies, the veterans - and probably the coaches. Don't tell me what you are going to do. Just do it. The great ones can do both. Larry Bird and Michael Jordan are great examples. They would tell you what they would do - and do it. Those folks are in short supply.

I like the four additions, and will continue to do so unless they prove me wrong. I commend Danny for what he had to say. Was he among those that had some responsibility for this past lost season? I would guess so. But I truly believe his presentation was not simply rhetoric. Expect him to clamp down on what he views as a detriment to the Celtics success this coming season.

NOTE: I am three hours removed from viewing the scene of the horrendous accident in Randolph, NH that killed seven individuals, some of whom were former marines. The driver of the truck that plowed into the bikers has been charged and is being transported back to New Hampshire. I passed the contingent of Jarhead vehicles that had left the scene to head back to Massachusetts yesterday. The faces were obviously somber. Humble - hard working - any role for success? I think so.