After trading away Boston Celtics center Aron Baynes to Phoenix in exchange for the Milwaukee Bucks' 2020 protected first-round pick and cap relief, the team is looking at as much as $35 million in cap space. 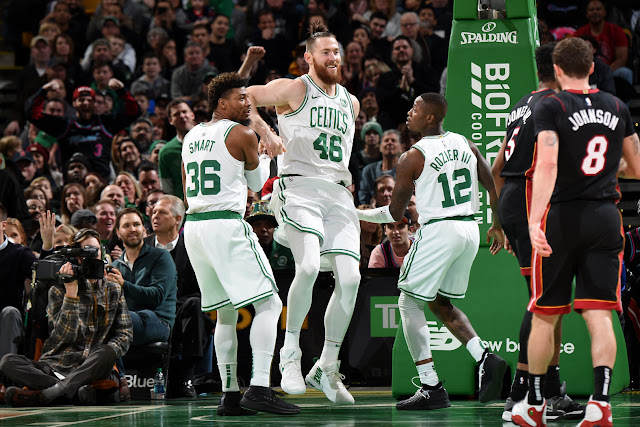 Whether Boston plans on using that space to sign an impact player, or perhaps take on further assets by absorbing players other teams are looking to dump is as of yet unclear. But, considering Celtics head honcho Danny Ainge has already moved back to get the 24th overall pick from the Philadelphia 76ers after selecting Washington's Matisse Thybulle with the 20th overall pick may hint at further plans.

The Celts will have to renounce Terry Rozier in order to reach that $35 million dollar mark, but after the Louisville product's bridge-burning act on ESPN's First Take last month, Rozier's exit was not an unexpected outcome in some form or another.

Expect to see more moves in the coming hours or weeks as the plan behind these moves comes into focus.