Celtics may go for the little guy, Carsen Edwards, with #20 or #22 draft pick


We know Danny Ainge and Brad Stevens have an aversion for little guys, but Purdue's Carsen Edwards just looks like a future Celtic. He is listed at 6'0.25" in height but has a 6'6" wingspan. He is a chiseled 200 pounds with 5.5% body fat. He appears to have been well brought up, being polite and humble, but as his high school coach tells it, as the ball is tossed up "he's going to try to tear your throat out". Yup - sounds like a great choice. 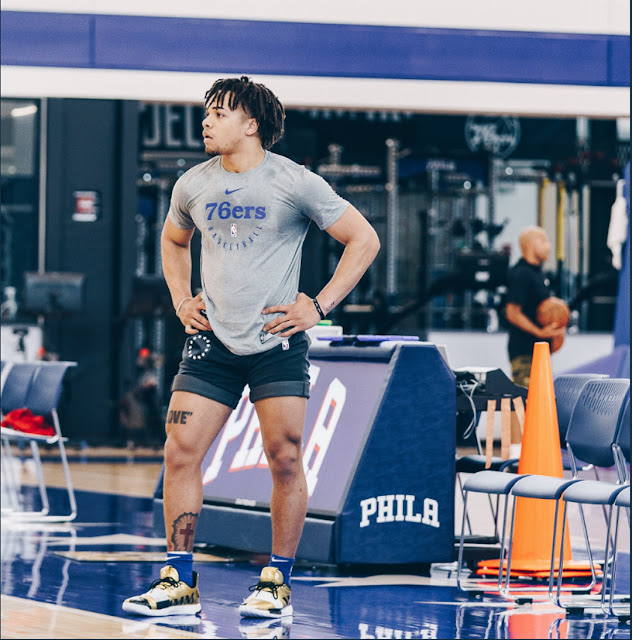 Most mock drafts don't show Edwards being plucked in the first round, but this morning's NBA TV Mock had him going to the Celtics with their #22 pick. Make no mistake about this - Danny Ainge needs to choose for character almost as much as for talent. This kid has both (per NBC Sports' Paul Hudrick):

When you talk to Carsen Edwards, he’s as well- and mild-mannered as they come. He’s engaging, polite, humble — everything you’d want a draft prospect to be.

The Purdue standout, who could be a first-round pick in the 2019 NBA draft, is going through the pre-draft workout gauntlet. The diminutive guard was at the Sixers’ training facility in Camden a couple weeks ago, where he was asked about his height, his shot and his fit. He answered all questions with congeniality and aplomb.

Edwards’ parents, James and Carla, instilled those warmer qualities into Carsen as well as his brother Jai and sisters, Madison and Aspen. He had a blue-collar upbringing in Atascocita, Texas, in the Houston metropolitan area. His dad is in the insurance business while his mom was “the old-school disciplinarian.”

Humility and respect were the two main things taught in the Edwards’ household.

The Celtics apparently did have Carsen in for a workout, so there is at least some interest by Boston. He is known for his toughness and 3-point shooting. He averaged 24.3 PPG last season while shooting 36% on 3-pointers. If he is not taken in the first round, Ainge may choose to work a deal to gain an early-second-round pick to take him.

By the way, that same NBA TV mock draft had the Celtics taking Brandon Clarke of Gonzaga with the #14 pick. Bol Bol went at #24 and might get a shot by Boston at #20, if he is still on the board. Clarke, Bol, Edwards? Not too bad if it happens.