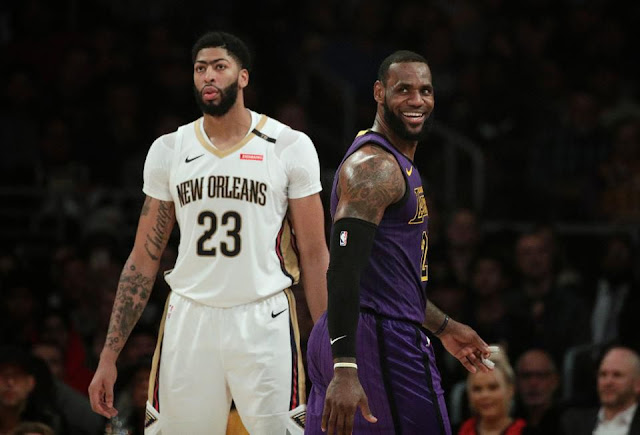 Well it finally happened. After months of speculation the New Orleans Pelicans and Los Angeles Lakers agreed on an Anthony Davis trade:

Danny Ainge and the Celtics reportedly weren't willing to budge on Jayson Tatum:

Hearing that there was never a time that the Celtics felt a deal for Anthony Davis was close. The idea of sacrificing major pieces in exchange for a potential one-year rental made them uneasy from the start.

It now looks like Ainge and the C's will be building around Tatum, Jaylen Brown and Marcus Smart unless a big name comes available.

Rob Welch6/15/2019 07:44:00 PM
Share
Rob Welch
I have been a die hard Celtics fan since birth, even though I don't really want to talk about the ML Carr/Rick Pitino Eras but I will if necessary.
Newer
Older