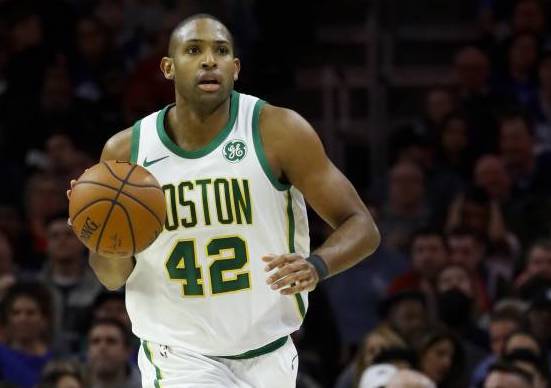 Major change in the Al Horford situation:
Per source close to Horford, his side is no longer discussing a new 3-year deal to stay with the Celtics. He is expected to sign a 4-year free agent contract elsewhere...
Story to come.

Boston and Al Horford had discussed contract scenarios, but the gulf is too great for sides to believe they can close on a new deal now, league sources tell ESPN. Horford is prepared to enter the free agency to find a three or four year deal elsewhere.

I always feared this would happen. The Hawks didn't show Horford the money in 2016 and he took that as a slight and left for the Celtics Asking Horford to accept a discounted 3 year deal when he probably was the most valuable player on the Celtics last season was a giant risk. Why in the world would Horford turn down his option of $30 million to sign a twma friendly 3 year $60 million deal? So you're offering him only $15 million a year for the extra two years? Players of Horford's resume don't make $15 mil a year. That's like some Amir Johnson money.

The Celtics are either going to have to reverse course and actually offer Horford a decent fair market contract or hope the team he chooses is over the cap, so the C's can at least sign-and-trade him.

Also of note is apparently Horford and his agent know they have 4 year contract offers on the table. So much for other teams not being allowed to negotiate with free agents prior to July 1st?

Per sources, the Celtics have been aware of Horford's interest in signing elsewhere for a few days. The team has not given up hope of trying to convince him to stay, however.

Want 2 know why Horford believes there’s more $ & more years out there than what C’s offered? Tampering, anyone? Same goes 4 Kyrie; he can want Nets but how does he know Nets want him?Tampering, anybody?! I know, Adam, parent team must lodge protest or league aint looking into it

The belief making the front-office rounds tonight is that Al Horford already knows there’s a four-year contract worth in excess of $100 million waiting out there for him June 30 .. knowledge that led to Horford’s talks with the Celtics dissolving