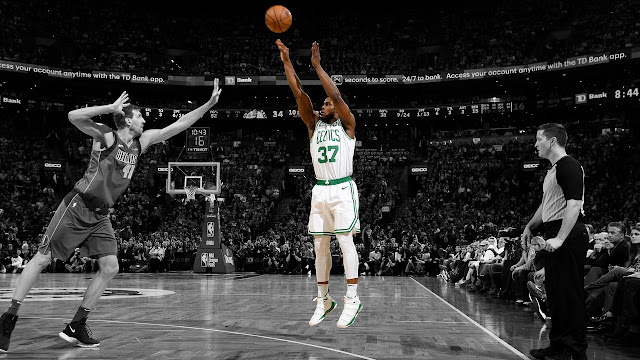 Jesusemilore Talodabijesu Ojeleye, as he is known by his family, proved a valuable depth player for the Cs in his first two seasons with the club, famously defending Giannis Antetokounmpo in the postseason effectively both of those years.


Per sources, Celtics forward Semi Ojeleye's contract for next season is being guaranteed. No surprise there.
— Adam Himmelsbach (@AdamHimmelsbach) June 27, 2019

Earning $1,378,242 and $1,618,520 in his first two seasons, the Southern Methodist product will be locked in for $1,752,950 this coming season, where he'll likely see much time at both forward positions, helping bolster a dangerously thin Boston frontcourt.