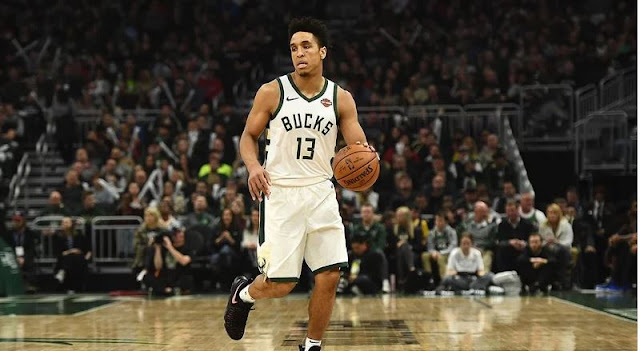 As the Celtics try to stave off elimination in Game 5 of their series against the Bucks, their opponents received some positive news on the injury front:


Malcolm Brogdon is probable for Game 5 and is expected to play tonight per Coach Bud. #FearTheDeer | #NBAPlayoffs pic.twitter.com/ttGt3BYL0u
— Milwaukee Bucks (@Bucks) May 8, 2019

The 2017 NBA Rookie of the Year has been out for a month with a minor tear in his planter fascia.

In 64 games this season, Brodgon is averaging 15.6 points, on 43 percent shooting from deep, and 93 percent from the charity stripe.

Rob Welch5/08/2019 04:21:00 PM
Share
Rob Welch
I have been a die hard Celtics fan since birth, even though I don't really want to talk about the ML Carr/Rick Pitino Eras but I will if necessary.
Newer
Older