Top 7 NBA players of all time

There is no denying that we have a good number of skilled basketball players who give or have given their best in every match that was ever held. However, if you are an NBA fan, then you may agree that these 7 players top the charts in different ways: 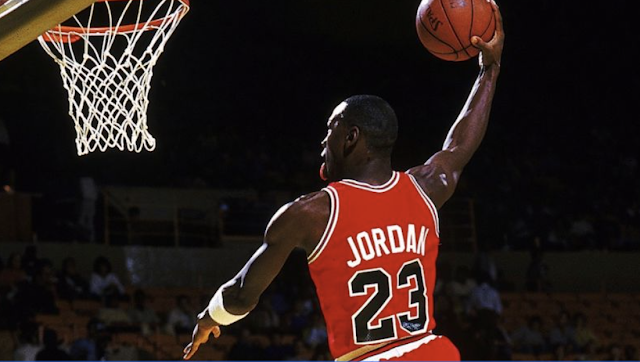 One of the main reasons why Utah Jazz became a top rival of Chicago Bulls for many years is one man- Karl Malone. He was known to deliver the best performance during times he was needed the most. Although his moves were less fancy than Michael Jordan, he was a star in the eyes of the fans. He was dominant in both offense and defense which is why he always had a special place in his team and also in the hearts of the fans.

Most people would agree that although Larry Bird wasn’t the most athletic player in the game, he was certainly the most dominant. He was known for being extremely competitive- you can check some of his greatest passes to refresh your memories about this iconic player and what made him what he is today.

Bird was one of the key players to take Boston Celtics to 3 NBA championships and was also the recipient of numerous accolades including an Olympic Gold Medal in 1992. He certainly left a mark in the history of NBA and he will be remembered for all his contributions.

One look at Shaquille O'Neal is enough to convey that he is a massive man. However, physical attributes alone can’t make someone a top basketball player; they also need to have appropriate athletic skills to perform in court. That’s exactly why Shaquille excelled. He combined his formidable body with hard-earned prowess in sports to give his team the confidence it needed to win a tough game.

Shaquille O'Neal helped the Los Angeles Lakers to win 3 NBA championships in a row in the early 2000s and even bagged the titles of MVP three times during the same. He was a competitive player with a go-getter attitude, and he made sure that he conveyed the same in all matches without fail.

There are many reasons why Tim Duncan is considered the best basketball player of all time. For starters, he is the third player in the NBA history to win 1,000 games under a single franchise. He also maintained a win percentage of 71% for a whopping 19 seasons which is a feat that hasn’t been matched by any other player so far. He is also the only player to win 6 championships in three different decades which only go to show his adaptability in court.

Wilt Chamberlain rose to success at a time when basketball wasn’t that big of a sport and lacked the kind of charisma and popularity that it enjoys today. Even though there were no sports betting sites back then, his name would have made waves across the scoreboards of various platforms for sure. He was, after all, a man who held the title of the four highest all-time NBA single-season scoring averages. When he put alone put up 100 points in a game on March 2, 1962, something that was unheard of, he shot to fame and earned the love of NBA fans across the globe. That’s the reason why this list would have been incomplete without his name.

Michael Jordan is a name that every NBA fan knows of, especially the millennials. This is because he is much more than a top-class basketball player- he is also a celebrity and a role model for millions of people across the world.

Jordan wanted to be a legend, and be became one by leading to 6 championships, earning 5 MVP awards, and generating a career scoring average of 30.1 points per game. He dominated NBA from the mid-80s to the late 90s and even helped the American team win a gold medal in the 1992 Olympic Games in Barcelona, Spain.

When LeBron James entered the league, he was burdened with massive expectations. Many people thought he wouldn’t be able to survive the pressure. However, to everyone’s surprise, he emerged as one of the all-time greats even in just 10 seasons of his career- the MVP title tracker stands in support of his accomplishments.

It’s not easy to identify the top players in a sport like basketball. This is because there is no resolute parameter on which the athletes can be judged with accuracy. That said, the 7 players that are covered above have certainly secured a special place in history and will be remembered for their contribution in the numerous tournaments that they have participated in to this date.