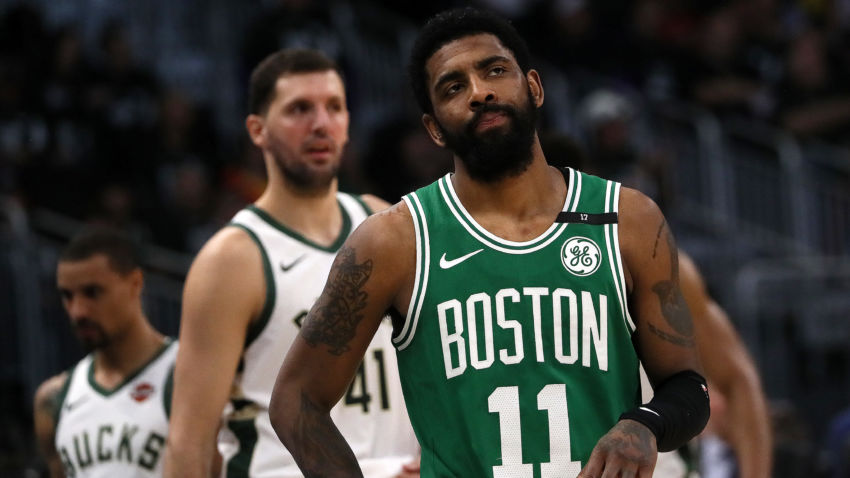 ‘Twas nearly 40 years ago when David Halberstam’s The Breaks of the Game made Sports Literature a viable commodity and the Bill Walton-led, Jack Ramsay-coached Portland TrailBlazers both story-book champions and tragic heroes – all in about 400 pages.

The “Arrival” of those Blazers coincided not only with the dissolution of a rival league – but also amidst the rising tide of player empowerment and Free Agency … their “Launch” was enhanced by the addition of a talented enforcer (the late Maurice Lucas) and some backcourt scrap-and-savvy (Dave Twardzik).

The heavy “Phavorites Phrom Philly” in those memorable 1977 Finals had likewise partaken of some “thirst-quenching” at the ABA Fountain – Dr. J, steady Caldwell Jones (not to mention George McGinnis a season sooner). 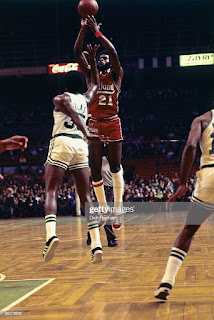 Despite owning 13 (including the most recent) of the Association’s first 30 championship banners, the Boston Celtics and their rather tenuous/transient post-Walter Brown ownership situation were beginning to find themselves unable to retain still-productive players – first Don Chaney in 1975, then Paul Silas on the heels of the ’76 championship.

Chaney’s jump to St. Louis of the ABA prompted Red Auerbach to ship up-and-coming Paul Westphal to Phoenix for Charlie Scott – whose draft rights the crafty Auerbach had utilized to acquire Silas in the first place back in 1972.

Just days before the opening of the 1976-77 regular season, Red managed to pull off a three-team deal to appease Silas as well as add a replacement fresh off an All-Star season, Detroit’s Curtis Rowe. And a couple of weeks prior to that, in a straight cash deal, he’d landed four-time All-Star Sidney Wicks, Rowe’s championship teammate at UCLA, from those champs-to-be in the Pacific Northwest.

Coach Tom Heinsohn’s new-look defending champions saw their win total slip from 54 to 48 and playoff seed slide from first to fourth. Sid registered a double-double for the season, and both he and Rowe were among the six C’s who posted double-digit scoring … but Scott and Dave Cowens each missed 30+ games – for vastly different reasons, one might note. 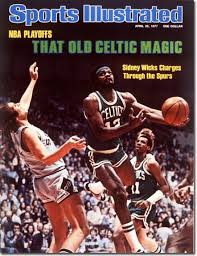 Despite their regular season of adjustment and regression, Boston swept through its mini-series with San Antonio, one of the four absorbed ABA squads. Then they stepped up and stole Game 1 of their subsequent series with the Finals-bound 76ers (earning the cover of Sports Illustrated in the process). Wicks kicked in 17 points, 12 rebounds and 61% shooting in his 34 minutes per game during this brief renaissance.

Unfortunately, El Sid would contribute a mere 66 points and 47 caroms (and subsequently be relegated to a bench role) in the final six NBA playoff games in which he would ever compete.

Though he holds a position of infamy in Celtic Lore, Sidney Wicks was a fine ballplayer, in certain ways a pre-cursor to this current generation of more athletic and skillful “bigs.” His final two seasons in Portland overlapped with Walton’s first two, and the career 46% shooter flirted with 50% accuracy both times (.497 and .483).

So why was the 27-year-old former Rookie of the Year simply sold away in the summer of ’76? While the acquisition of Lucas in the ABA dispersal draft was surely a factor, there was another variable in that equation. Sidney’s problem was his contract, set to expire following the ’76-77 season. According to Halberstam, newly-hired Blazer coach Jack Ramsay, who’d been caught in the middle of some disruptive negotiations at his prior stop in Buffalo, had made plain his desire to have no players on his roster who were in the option year of their contract. 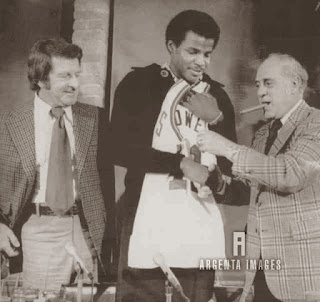 And Dr. Jack was soon proven to be a prophet when Wicks missed all of Boston’s training camp for the ’77-78 campaign in a contentious contract holdout and the C’s stumbled to a 1 – 8 start from which they would never recover … Jo Jo White would briefly boycott team activities and ultimately miss nearly half the season with foot problems; a burned-out Coach Heinsohn would be replaced by soft-spoken Satch Sanders just after the first of the year; Scott would be traded off for the under-suspension Kermit Washington; and at the end of it all, owner Irv Levin would swap his franchise (with Kentucky Fried John Y. Brown) for the Clippers-to-be, taking Wicks, Washington and Freeman Williams to the Left Coast with him.

Due to the holdout, Wicks drew the wrath of the Garden faithful from the get-go, increasingly as the losses mounted. Then his buddy Rowe sealed their fate one night on the heels of yet another trouncing by emerging from the shower loudly proclaiming, "What's everybody upset about? The W's and L's don't show up on the paychecks."

Their attitudes were ruining the morale of the team. Wicks ended up playing a few more years with San Diego, but never amounted to anything, and Rowe never played again at all, even though he was only 29 when we dumped him. Some guys just aren’t worth the trouble.


For more on those pre-Bird Celtics, check out TB's terrific WTHHT's for Sidney Wicks and Curtis Rowe.