If you thought Kyrie Irving was sullen and churlish - now comes Terry Rozier with a vengeance. Red Auerbach acted up on many occasions but didn't tolerate his players doing so. Ditto with Danny Ainge. He could be playfully imp-like in his younger days, but he wants little of that from his guys now. It started early with Terry Rozier. 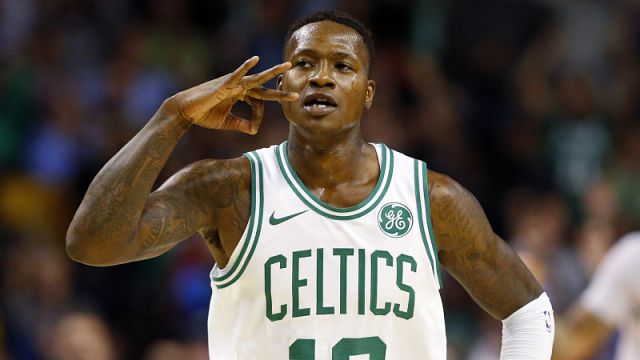 Rick Pitino recommended that Ainge take T-Ro in the draft, and maybe that should have been a red flag. No one doubts Rozier's athletic gifts - just his attitude. Joking about being traded was one thing - face-timing Danny at a critical point in the draft was quite another.

I asked Terry Rozier (@T_Rozzay3) if he was ever worried #Celtics would trade him this summer:

.@T_Rozzay3 really FaceTimed Danny Ainge to get the Celtics pick on the B/R draft show 💀 pic.twitter.com/KMvkIS1WG6

The saga continues. Terry just keeps letting folks out there know how he wasn't used properly - how difficult it was working with Kyrie Irving - how Gordon Hayward and Irving were treated well "because they are who they are". Make no mistake - Terry is gone from Boston. But his outspokenness is making things difficult for both the Celtics and himself. He is lessening any future contract with his next team, while also hurting Ainge's chances to get any return value in a sign-and-trade.

In just a few mins on @espn today, Terry Rozier has called out Brad Strevens, talked about how difficult it is to play with Kyrie Irving, and reiterated how much he went thru this year and why he doesn’t want to be back with #Celtics in similar situation. This serves no purpose.

I agree! I wonder where he’s getting his advice from? Not a good look going into free agency!

I realize he is young and just letting off steam. But his audience is huge, and any future GM's he may fall under are taking notes. It doesn't bode well for Terry's future.