If players are literally telling Chris Broussard that Kevin Durant is texting them and trying to get them to join him with the Knicks that's a lot of smoke. Almost everyone is saying that Kyrie Irving will be joining Durant in NYC, but Irving is less of a sure bet in my opinion. You never really know what he's thinking. Durant is more transparent.


"What players tell me is, KD is recruiting guys to go to New York with him, right now. If we hear that, you can't tell me the Warriors players don't hear that." — @Chris_Broussard pic.twitter.com/u7oLovQeeg
— UNDISPUTED (@undisputed) May 20, 2019

Pretty jealous of the fact that Warriors fans and players can just say, "Fine KD leave. We're still a championship team without you." On the other hand the Celtics would take a giant step back if Kyrie walks, since we have no Steph, Klay, or Dray.

Here is the full interview (The Durant contacting other players to join him in NY comes at the very end):

In other news, Durant continues to overreact to any perceived slight on social media. KD and Kyrie are going to LOVE New York: 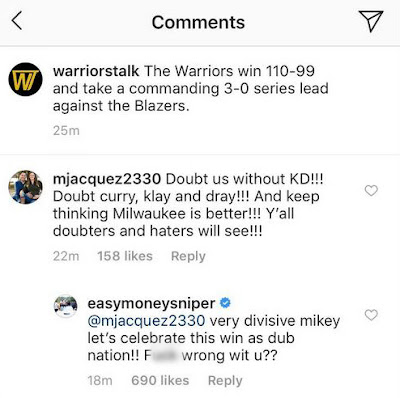 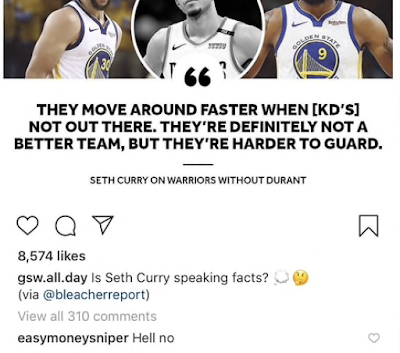 Related: Stephen A. Smith claims there's a 95% chance that Kyrie Irving & Kevin Durant will sign with the Knicks