Marcus Smart hopes to play tomorrow vs Bucks in Game 4


Marcus Smart gets hurt a lot with the no-holds-barred style of play he's known for.

Mercifully for the Boston Celtics (and the chagrin of their foes), he heals preternaturally fast, too. And with his most recent damage, a torn oblique sustained in a largely meaningless game against the Washington Wizards at the end of Boston's regular season, keeping him out of the postseason so far, a Celtics team struggling to defend the Milwaukee Bucks in the Eastern Conference Semifinals couldn't need his help more. 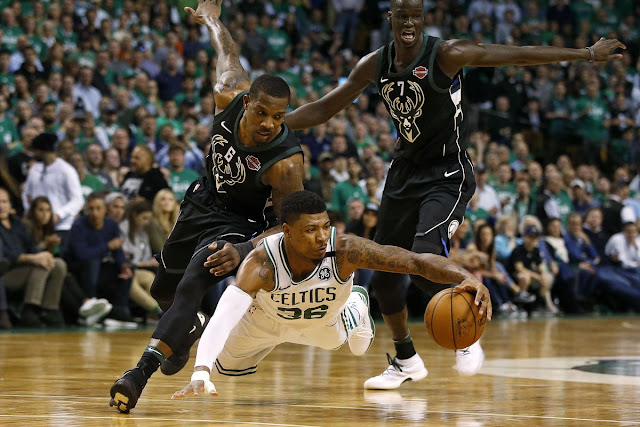 Smart's Wolverine-like healing abilities may have him back at literally the earliest possible return date, and his equally Logan-like intensity has kept him about as close to ready as anyone could be after such an injury, at least from what we're seeing out of Boston's practices.

We should temper our expectations, of course, as he might just decide he needs a little more time to heal -- and even if he does play, there may still be rust -- but the Cs will be happy to have him back whenever the guard feels ready to play.


And if the Bucks can get Malcolm Brogdon back on the court after recovering from his own injury, well, let's just hope that tomorrow is indeed the day.