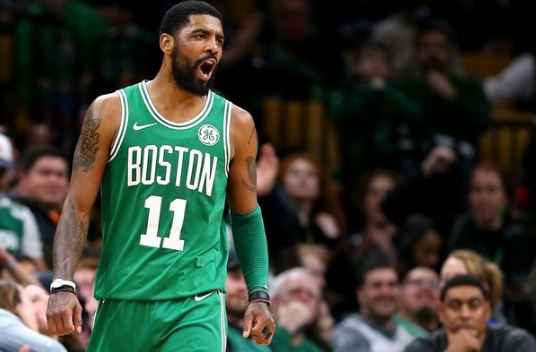 Finally there is some positive news coming for Kyrie Irving and the Boston Celtics, as the guard was named to the All-NBA Second Team:

Kyrie Irving has received All-NBA recognition for the second time in his 8-year career. He was previously named All-NBA Third Team with Cleveland in 2014-15

Irving is the first Celtics player to earn All-NBA honors since 2016-17, when Isaiah Thomas was named 2nd team https://t.co/GOh0tdmGty

Congrats KI!! No brainer on the All NBA selection.

Irving played in 67 regular season games, averaging 23.8 points per game, while dishing out 6.9 assists, and grabbing 5.0 rebounds. Kyrie also shot an impressive 48.7 percent from the field, including 40 percent from beyond the arc.

The rest of the All-NBA teams are as follows:

Rob Welch5/23/2019 02:27:00 PM
Share
Rob Welch
I have been a die hard Celtics fan since birth, even though I don't really want to talk about the ML Carr/Rick Pitino Eras but I will if necessary.
Newer
Older