If Tennessee's PG Jordan Bone stays in draft, Celts could bite at #51


I don't normally write about potential second-round picks, but with Kyrie Irving and Terry Rozier occupying Limbo right now, the quick, explosive Jordan Bone could fill a back-up point guard role for Boston. At 6'2.75" (in shoes) and 180 pounds, he has reasonable size for the One Spot, and he absolutely proved his athleticism at the Draft Combine. 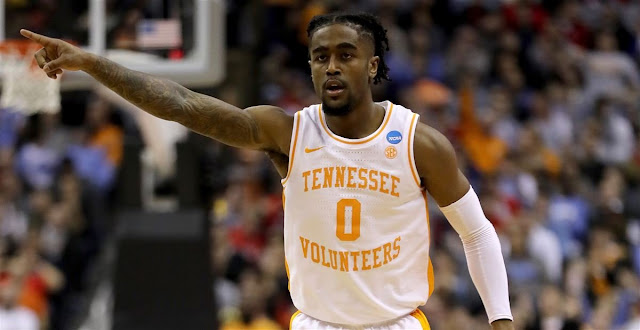 Jordan is still undecided about returning to Tennessee, and most mock drafts don't show him being drafted at all. But SI shows him being picked with the second-last pick in the draft at #59.

Remember all those times Rick Barnes said Jordan Bone was the fastest PG he ever coached? https://t.co/tdnJpg5WkJ

Should Jordan return to Tennessee, he could very will be a first-round pick, or even low-to-mid-lottery, next year. Last season was a breakout year for him, and he may be far from his peak. With four picks in the upcoming draft, Danny Ainge can take some chances, and taking a shot at Bone with the #51 pick may make a lot of sense.