Cleveland's Dan Gilbert on trading Kyrie Irving to Celtics - "We killed it!"


Dan Gilbert is the owner of the Cleveland Cavaliers. Per the Plain Dealer's Terry Pluto, Gilbert, referring to trading Kyrie irving to Celtics), stated that "We (Cavaliers) killed it in that trade." Is that true? That remains to be seen, but his statement could become a reality depending on what transpires this summer and next season. The statement is at least premature. Let me explain. 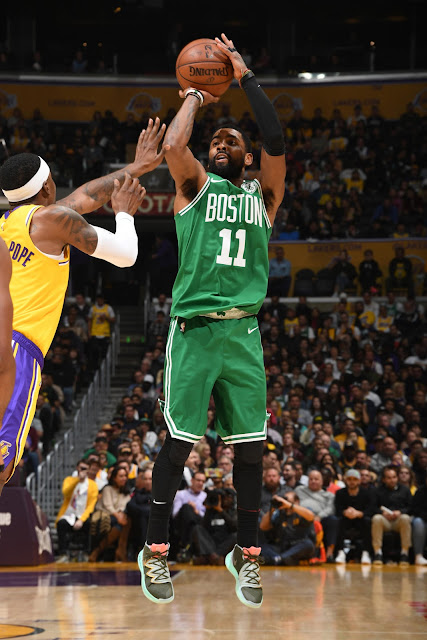 The big question is whether or not Kyrie re-ups with Boston this summer. He has a player option, and certainly will opt out and negotiate as a free agent. If he departs, then Boston would have given up Isaiah Thomas, Jae Crowder, Ante Zizic and a 2018 draft pick that became Collin Sexton for basically nothing (per Plain Dealer's Dan Gilbert):

“The agent was telling us, if we don’t trade him (Kyrie Irving), there is some surgery he is on the borderline of having on his knee,” said Gilbert. “It was possible he could be out for most of the year. It turned out to be true.”

Irving missed the 2018 playoffs (with the Celtics) because he had two knee surgeries. He was relatively healthy this season, but the Celtics had a rocky year and were wiped out of the post-season in the second round.

“I don’t know, but I think Kyrie will leave Boston,” said Gilbert. “We could have ended up with nothing. Looking back after all the moves Koby made, we killed it in that trade.”

Zizic averaged 7.8 points and 5.4 rebounds in only 18 minutes of action for this Cavs this past season. He shows promise as a solid back-up center. Sexton averaged 16.7 PPG, 2.9 RPG and 3.0 APG in 32 minutes. He looks to have a future in the NBA. Isaiah's NBA future is in Limbo as he attempts a comeback this coming season after spending idle time in Denver this past season. Larry Nance and Jordan Clarkson also came to Cleveland as part of a deal that sent Isaiah to the Lakers. Lebron James departed for the West Coast.

If Irving re-signs with Boston - becomes a true leader while maintaining his superstar status on the court - leading to a longer post-season run, that changes everything. His skills are undeniable. His manner is questionable. Mistakes and misjudgments were made by most members of the Celtics organization this past year. They can be corrected. So did the Cavaliers "kill it" with the Irving trade? Could be, but we will have more clarity come summer and the upcoming season. It may turn out that Gilbert's bold proclamation was not only premature - but vastly in error.