Celtics postseason confirmed what we knew all along 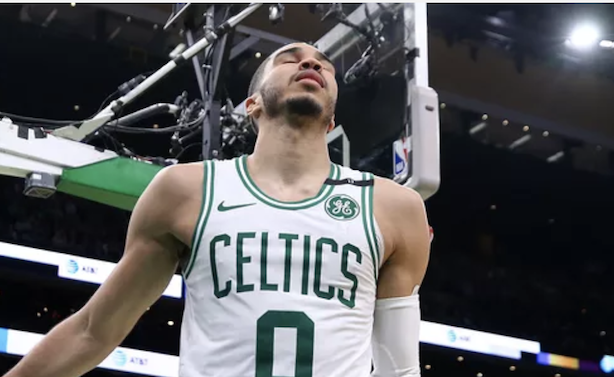 If you’re a Celtics fan, and a betting man, you might have decided to check out some of the best online sportsbooks over at Sportsbook Review, in order to decide where you would be putting your money where your mouth was this past season. Had you done exactly that, and in the course of your research, it’s likely you would have read a Heritage Sports review. At that moment, had you wandered to Heritage’s NBA win totals, you would have zeroed in on the Boston Celtics to find that their oddsmakers were giving you the option to bet over, or under, 59 total wins on the season. In hindsight, we chuckle because we know the Green managed just 49 victories over the course of the regular season, 10 full games less than the total that was being dealt.

But it soon became clear that all of the optimism for a championship season, predicated on the return of their two healthy superstars, Kyrie Irving, and Gordon Hayward, appeared to be premature and unwarranted. That flashpoint came, at least for many, on November 21st when the Celtics, installed as 15-point home favorites, lost 117-109 to the New York Knicks. Even great teams have off-nights but the issue was that the Celtics would drop to 9-9 on the season with the loss, a .500 team, which meant that the vast improvement we anticipated in having Kyrie and Gordon in the lineup was somehow dissipated by a downturn in production from the young guns like Jaylen Brown, Jayson Tatum, and Terry Rozier. Let’s also not forget that the Gordon Hayward we signed out of Utah two seasons ago had not returned as the same All-Star player after his hellacious leg snap from the year before.

Yet, a team’s record in late November is hardly the litmus test for what they will be in April. We knew that the talent on this roster was definitely not that of a .500 team, but it was also becoming increasingly apparent that this team was bereft of the kind of championship timber we had taken for granted before the season began. That was the 2018-2019 Celtics edition in a nutshell and their No. 4 seed in the East perfectly illustrated exactly what they were. Of course, those who bleed Green refused to believe that the Celtics would be cannon fodder for either the Bucks or the Raptors in the playoffs but the rest of us knew better. Kyrie Irving tried to convince us that the C’s could just “flip a switch” in the postseason and become the team of destiny all of Boston believed they would be back in October.

Despite a series sweep of the Pacers, a team that had lost their star player and was a shadow of their former selves from earlier in the year, nobody was truly buying into what Irving was selling, especially when the Green Freak and the Bucks were the next mountains to climb. Boston would ultimately bow in five games and the Bucks would follow with an exit of their own in the Eastern Conference Finals to the Toronto Raptors.

And now the Raps will meet the Warriors, a scenario most of us could have scripted eight months ago. The Warriors will defeat Toronto in five or six games unless they take the boys from the Great White North too lightly. The only one who can stop the Warriors are the Warriors themselves. And what we know about the Celtics is what we discovered way back in November. They are a third-tier team with Golden State alone in the first tier and Toronto, Milwaukee, Houston, and Portland nestled in the second tier. Boston, with Kyrie Irving, was in the third ring along with Philadelphia, Denver, Utah, and Oklahoma City.

So, congratulations Celtics’ fans, you knew what you had early in the season and most of you weren’t duped into thinking the C’s would be anything else in the postseason, other than what they had demonstrated throughout the 82-game grind of the regular season. Let’s see what happens in the off-season but without Kyrie Irving, the Celtics are in real trouble unless Danny Ainge gets mighty creative. But even with him, and the core of what we had this year, what makes us think the Celtics will be any different unless a major overhaul is undertaken? Danny should blow it all up and start over because this team, as presently constituted, will be nothing more than a perennial playoff speed bump for the more talented teams in the East. In Danny, we trust.