Celtics need to clean up their downtown defense 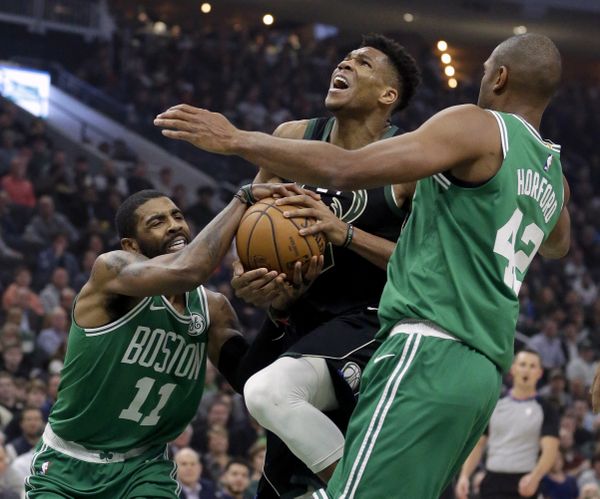 Game 1 of this current Boston Celtics/Milwaukee Bucks series was a polar opposite of Game 2. For many obvious reasons, namely the end result.

So, what happened? How were the Bucks able to spoil the Cs golden opportunity of snatching a 2-0 lead in the series? Did they figure out how to get Giannis Antetokounmpo back to MVP form? Ehh, kind of. Did the zebras look the other way on certain calls? Sure, but that's not why. Was it figuring out the Rubik's cube that is defending Kyrie Irving? Nope. That seemed self-inflicted.

What then? Could it be something as simple as the old "it's a make or miss league" adage?

Game 2 was a different ballgame (pun very much intended), as the Bucks nailed 20/47 triples, good for 42.6%. Adding insult to injury, the Cs only connected on 10 three-balls of their own.

That's a minus 30 right there for you math lovers out there.

Per @bball_ref, Milwaukee's 20 3-pointers were the most the Celtics have ever allowed in a playoff game.


What needs to be done? Well, it's a bit of a Catch-22. If you stay home on Giannis, he can kick it out to Nikola Mirotic, Eric Bledsoe, or his main shooter, Khris "Super Streaky And Inconsistent Against Every Team But Pretty Sure He's Never Missed Against The Celtics" Middleton. On the flip side, if you stay home on all the shooters, that gives Giannis the space to Euro-step (or steps) his way to the cup with relative ease.

The answer to this diabolical puzzle is as simple as it is difficult: the Celtics have to do it all. They need to go back to the film of Game 1 and remember what they did to be successful: clogging the paint with Horford at the FT line extended; both wings staying home on their respective men, but taking one step towards the paint should The Greek Freak come prancing in. Not too many steps, mind you, but enough to force Giannis to kick the ball out while being able to get back and contest a 3-point attempt. They need to play physical with Giannis any anyone not in a Celtics jersey. They need to get to the shooters, run them off the three. They need to contest hard at the rim.

Oh yeah, they also have to execute on offense too, getting back to the poetic ball movement, strategic shot-taking, and effortless team play we saw last Sunday morning.

The Celtics face the Bucks for a pivotal Game 3 tonight at TD Garden in Boston. I'm not sure what Brad Stevens is cooking up for the good guys in green, but hopefully it's a stifling defensive scheme that'll bring the Celtics one step -- and one game -- closer to raising Banner 18 in the rafters.