Terry's time to shine - Will Terry Rozier step it up vs. Bucks?


Actually, Terry Rozier has already started to step things up in the playoffs. On the defensive end, he is in a virtual tie with Milwaukee's George Hill for the NBA's best Defensive Rating in the playoffs thus far. With Marcus Smart out with an injury, T-Ro is filling in on defense quite nicely. 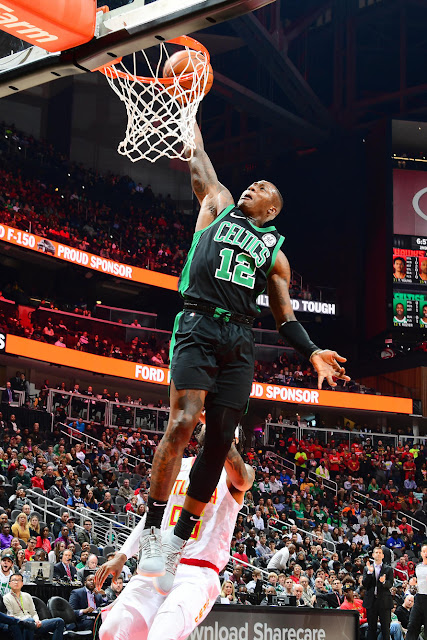 But it doesn't end there. With Kyrie Irving and Gordon Hayward back in the post-season mix, Terry is logging roughly half of the minutes he saw during his great playoff run last year. His minutes are down from 36.6 MPG last season to 18.8 MPG in the four playoff games played so far. But when his offensive production is projected to per-36-minutes, he shows 13.9 PPG, 6.7 RPG and 5.3 APG, very close to the 16.5/5.3/5.7 line from last post-season, although his accuracy has taken a hit.

Next up: Eric Bledsoe vs. Terry Rozier Part 2 🍿 pic.twitter.com/7TzeSJr8xL

This post-season is different from 2018. T-Ro's main functions against the Bucks will be defense, rebounding and energy. He remains a less-than-stellar facilitator, but Gordon Hayward can handle that task on the second unit.

We may get to see and hear more of the Bledsoe/T-Ro saga again this go-around. Rozier mistakenly referred to the Bucks guard as DREW Bledsoe, whereby Eric disavowed any knowledge of Terry's identity by stating, "I don't even know who the f*** that is."

Ironically, Rozier is following a similar career path to that of Bledsoe (Eric, not Drew). Both were drafted in the middle of the first round and played behind star point guards - Terry Behind Kyrie Irving and Eric behind Chris Paul with the Clippers. Bledsoe blossomed as a starter for the Phoenix Suns after being traded there, averaging 33 MPG, 17.7 PPG, 4.7 RPG and 5.5 APG. We may see a similar result with Rozier. But right now, he has the role of bench defender, rebounder and energy guy. And we may see him get more minutes in this match-up.

Photo via Scott Cunningham/NBAE via Getty Images
Video via ESPN