RJ Hunter making the most of 2nd chance, will travel with Cs for playoffs


While it might have come at the 82nd game of the year, RJ Hunter finally got some run with the parent club last night, and he did not disappoint. 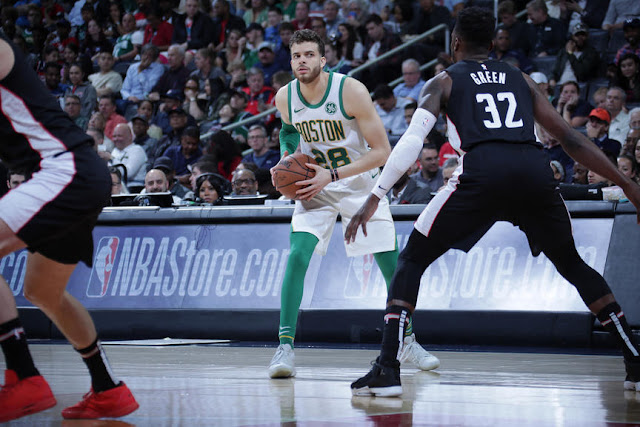 Looking as sharp as he ever has in a Boston Celtics uniform, RJ poured in 17 points on six of 13 shooting (including four from deep) with three dishes and boards each for good measure.

Hunter, who has quietly rebuilt much of the lost stock he had before stumbling midway through his first season with the Cs and eventually being cut in favor of James Young at season's end, has made the most of his second chance with Boston, looking every bit a capable rotation player who might just find himself a deep bench role with the team next season.

For now, he's chasing the dream, paying his own way to travel with the team despite not being able to play as a two-way signee.

I really hope Danny Ainge and company take note, because unlike some of the players who came up with him, it's clear RJ has what it takes at least on the initiative end of the equation to deserve another two-way deal, and if he can replicate his outing against the Washington Wizards, might just stick in this league after all.