Despite loss to Magic, Cs secure home court vs. Pacers in 1st round


The day has finally arrived where I can stop writing articles about what the Boston Celtics playoff matchup in the first round will look like, and I'd be lying if I said I wasn't relieved about that.

The Cs will face the Indiana Pacers with home court advantage, earned despite their loss last night to the Orlando Magic due to the Pacers loss against the Brooklyn Nets, which just so happened to secure our most generous benefactors their first postseason bid since gifting us Jaylen Brown and Jayson Tatum (among other things) in potentia. 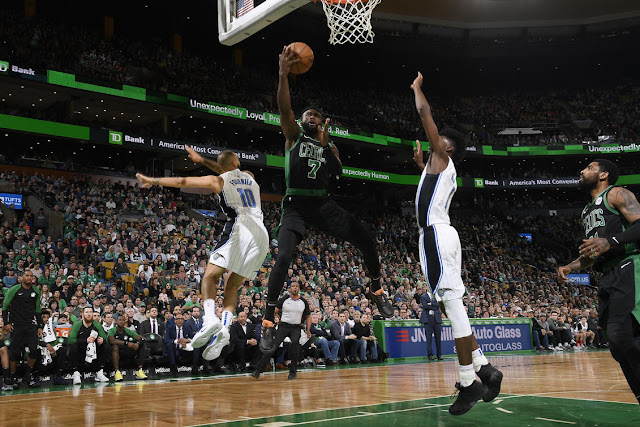 Indiana, for their part, hasn't been the same team since their primary star, Victor Oladipo, went down with an injury. In fact, only the Nets have a worse net rating among playoff teams since Oladipo got hurt.

For many, this is an idea matchup, particularly given the fact that the path would probably cause Boston to collide with the Milwaukee Bucks in the second round, a team they have had relative success against compared to the rest of the league due to the Cs ability to force Giannis Antetokounmpo to be a jump shooter.


💬 @Scalabrine explains why he wanted the Celtics to face the #Pacers in the first round of the playoffs pic.twitter.com/vYcdi681FX

Add to that the fact that the other significant threat to a Boston Finals appearance, the Toronto Raptors, would be delayed until the conference finals, and could realistically be defeated by the Philadelphia 76ers on their way, another team the Celts have done well against this and in recent seasons (thank you, Al Horford!).

Ultimately, though, the biggest concern is the Celtics themselves; will they show up to play from the tip of the first round? Because, as we have seen far too often, eyes to the future have given us plenty of the bricks of today.