The Boston Celtics hoped the end of the 2018-19 regular season would bring clarity to the status of the pick owed to them by the Memphis Grizzlies, but, like almost everything else this season, a monkey wrench was thrown into the works. 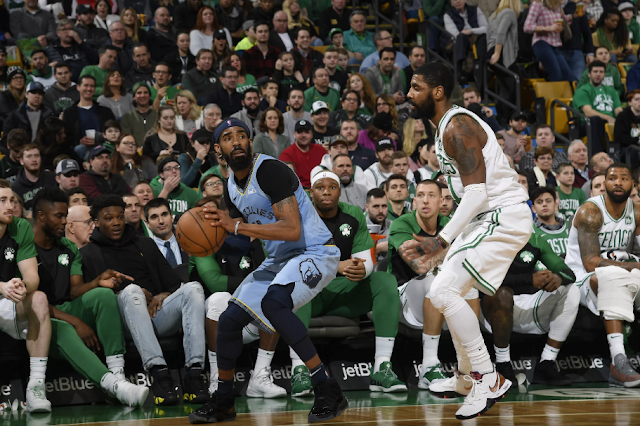 That monkey wrench, a three-way tie between the Grizzlies, New Orleans Pelicans, and Dallas Mavericks in the seventh through ninth place-slots, will be determined via drawing this Friday after the league's Board of Governors meeting.

The final position of each team will determine the number of ping-pong balls each team gets in the draft lottery, which in turn will determine whether the pick conveys. Should the Griz get slotted anywhere but ninth, the pick will remain with the team, becoming either a 2019-20 first round pick protected 1-6, or an unprotected 2020-21 first.

The Griz, Pels & Mavs finished tied in the 7-9 worst spots. Now there's a drawing Friday after Board of Governors meeting in which all 3 will have a ping-pong ball in a lotto machine & they'll draw for 7, 8, 9 spots pre-lottery. They'll all have about a 26.3% chance of moving up.
— Adam Himmelsbach (@AdamHimmelsbach) April 11, 2019


Boston, as we have noted, would prefer the chance at a higher pick in future drafts, while Memphis has pushed hard to deliver the asset this season, aware it is unlikely to get out of the bottom of the league for a few years and preferring to control its own picks through that stretch.