I love the Los Angeles Clippers for many reasons - the primary ones being that they play hard all the time, never lose their focus - and simply keep over-achieving. Their Game Five road win over the Warriors is the latest chapter in their saga, and there are lessons to be learned. 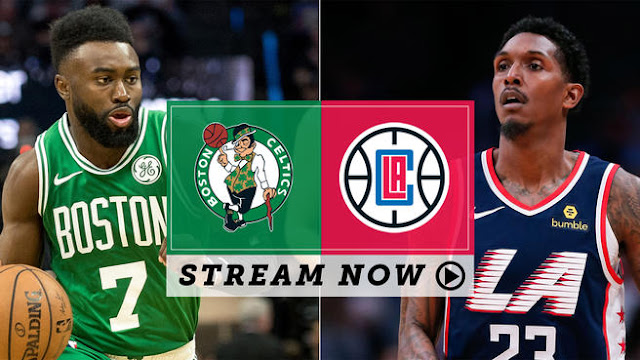 #1.) The Warriors and Celtics have the same occasional maladies - they relax with a significant lead, and they often start games with a lack of intensity. Both Kevin Durant and Steph Curry acknowledged these two issues , in part, caused their 129-121 loss.

#2.) It makes no difference who starts and who comes off the bench - the goal is to win the game. The Clips start two rookies, Shai Gilgeous Alexander and Landry Shamet, who were taken at the 11th and 26th spots in the 2018 NBA draft. Two of their key players, Patrick Beverly and Montrezl Harrell, come off the bench. Both Jaylen Brown and Terry Rozier - please make note.

Ridiculous, RIDICULOUS road win from the Clippers when everybody thought it was over for them. Seems like such a good squad to be a part of. What a series. Now back to the Staples. pic.twitter.com/dZF7wImkzd

#3.) High-energy guys as starters can ignite a team from the opening gun, but these types need to keep that flame in check at specific times. The Clippers have Patrick Beverly (17 points, 14 boards last night), and Boston has Marcus Smart. Patrick had a brief dust-up with Kevin Durant - kept his cool (kind of) - and stayed in the game.

4.) A smart, stable organization makes the right decisions most of the time. Let's not forget that Harrell, Williams and Beverly came to the Clips as part of the Chris Paul trade - two weeks after Jerry West announced he was heading there. That trio of role players are representative of guys that attract super-stars. The Celtics organization mirrors the fine structure of the Los Angeles Clippers quite well. Danny Ainge has made some great decisions, and I doubt that will change.

Lou Will, Trez and Pat Bev were all part of the Clippers-Rockets Chris Paul trade.

They were asked about it after beating GSW in Game 5 ... pic.twitter.com/zaAzBgQXC3

#5.) If the 8th-seeded Clippers can take the top-seeded, Champion Warriors to a sixth game without any outstanding stars, what can the Celtics achieve with three All-Stars and two future stars in the Jay-Team? They can go all the way with the right intensity and focus - not taking any plays off at both ends of the court and not turning the ball over.

Kudos to Doc Rivers. He is not afraid to start two rookies and then substitute as needed. There may be a lesson for Brad Stevens there. Terry Rozier is now filling in for Marcus Smart as the Energy Bunny, but no one fills Marcus' role completely. We need him back for any long playoff run.

The Clippers victory in Game 5 was a true team effort. The quintet of Williams, Beverly, Harrell, Danilo Gallinari and JaMychal Green combined for 115 points. All five played at a high level at the same time as a unit. Maybe that should be Lesson #6 for the Celtics.