Celtics superstar and icon, John Havlicek, dies at the age of 79


It is 4:00 AM ET on Friday, April 26, 2019. I just awoke to get the terrible news that Celtics legend, John Havlicek, had died at the age of 79. My immediate thought was that this can't be true. Must be some cruel hoax. Hondo could not have died so soon. He was indestructible. I checked other media. Yes, it was true. John has left us. 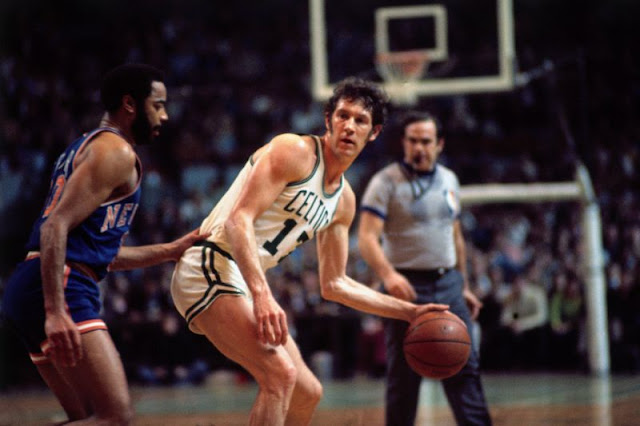 This is a story I hate to write. When John came on board in Boston, it coincided with my true interest in the Boston Celtics. The old timers remember him as Jarrin' John, or the Bouncin' Buckeye from Ohio State - because that it what our beloved Celtics homer/announcer, Johnny Most called him. "Jarrin' John from the corner. BANG!" The TV was on for the games, but the sound was off. We only wanted to hear Johnny's slanted analysis on the radio.

Havlicek always kept himself in great shape, but he suffered from Parkinsons Disease which always takes a toll. He could wear down any defender on the court with his hustle and physical endurance, but age and disease took him from us (per USA Today's Jeff Zillgitt on a statement from the Celtics):

"His defining traits as a player were his relentless hustle and wholehearted commitment to team over self," the team said. "He was extraordinarily thoughtful and generous, both on a personal level and for those in need, as illustrated by his commitment to raising money for The Genesis Foundation for Children for over three decades through his fishing tournament. John was kind and considerate, humble and gracious. He was a champion in every sense, and as we join his family, friends, and fans in mourning his loss, we are thankful for all the joy and inspiration he brought to us."

"Kind, considerate, humble, gracious - a Champion in every sense." He was all of that - and so much more. I do not exaggerate when I say that my eyes are wet and my hands are shaking as I write this.

It is getting difficult each time I hear about another contemporary that passes! What is harder is when we lose guys like John Havlicek, he was not just a teammate & a great guy, but he was family. That is how our @celtics teams were. #RIP Hondo @NBA #RIPJohnHavlicek @NBAonTNT pic.twitter.com/VP9MGPjrmZ

"He is the best all-around ball player I ever saw" was what Bill Russell had to say about Havlicek. He was also one of the finest individuals. Our deepest sympathies from CelticsLife to John's family, friends and the entire Celtics organization. This is a truly tragic loss.

If the current guys-in-green crew needs any further motivation facing the Milwaukee Bucks on Sunday, then I would say that John never took a play off on the court. He gave everything he had. And I can not recall one single ungentlemanly act that he ever committed. A true icon and role model. Goodbye, John. Did you have to leave us so soon?