Celtics have validated my predictions for Celtics-Bucks series - so far


You can view all of the predictions on the Celtics-Bucks playoff series in a previous article. I hate making such predictions. There are simply too many variables in heated NBA competition to forecast outcomes. But so far - so good for what I had predicted. My forecast is below: 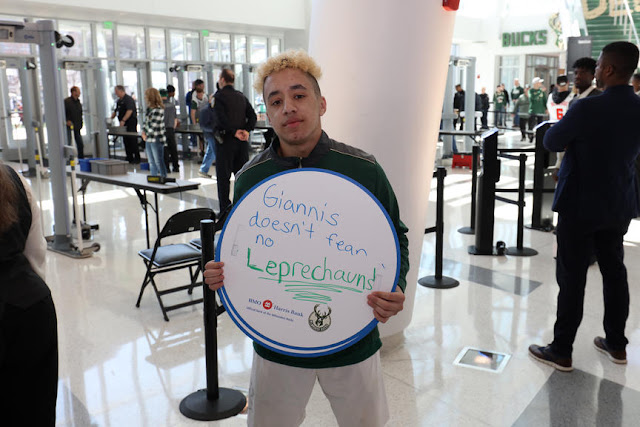 Kyrie Irving and Al Horford are the two anchors that will keep the Celtics from getting swept away. Gordon Hayward is healthy, and Terry Rozier is back to the terror on defense that we knew he could be.

If the two Jay-Team members can click at the same time, Boston can take this series. They are peaking at the right time. Hey, this is the playoffs, and anything can happen. Brad Stevens is being coy about using Semi Ojeleye against The Greek Freak. My guess is that he will do so, but that he has something up his sleeve to quell that running spin-move-in-the-lane that Giannis relies on so much.

The Celtics take one of the two games in Milwaukee - both games at home - lose Game Five - and then are victorious in Game Six at TD Garden.

#1.) The Irving/Horford pairing is vital for the post-season. Neither one can suffer a significant injury without putting Boston's Title hopes in jeopardy. In the Game 1 victory, they combined for 46 points (20-of-37 on field goals, 6-of-12 on treys), 18 rebounds and 14 assists. They worked the pick-and-pop play to perfection, and Al's defensive job on Giannis Antetokounmpo was praise-worthy. In Game 2, we can expect the Bucks to rotate on Al for the pick-and-pop plays.

We took care of business in Game 1 thanks to a dominant effort from Al Horford at both ends of the court. pic.twitter.com/xn6IkQ99v2

#2.) Gordon Hayward being healthy (finally) was evident yesterday. He scored 13 points, adding five assists, one block and one steal. A bit of residual rust is still evident, but TV Analyst Hubie Brown repeatedly praised Gordon's performance: "He is reading everything perfectly, and taking his time."

#3.) Terry Rozier was on the floor for 19 minutes and did play tough defense. He put up 11 points on 4-of-8 shooting, and he pulled down nine boards. T-Ro no longer needs to put up big scoring numbers on the board like he did last post-season. Defense and rebounding are what the team needs from him, and he came through.

#4.) Both Jay-Team members didn't click at the same time, but they didn't need to. Jaylen Brown was solid on both ends of the court, scoring 19 points on 8-of-14 on field goals and 3-of-7 on 3-pointers. Jayson Tatum was definitely off, notching only four points. But he did collect six boards, one steal and three blocks. Look for Jayson to break out in Game 2.

#5.) Brad Stevens didn't have to employ Semi Ojeleye to any extent on the Greek freak. It wasn't necessary. Al and his cohorts did the job very well. Stevens defensive scheme of shutting down the paint to Giannis worked to perfection.

#6.) My prediction of winning one of the first two games in Milwaukee came to fruition. And it was a convincing victory. Absolute kudos to Brad. The word in Milwaukee was that the Bucks were out-coached last post-season, and even with a new coach this year, they were once again.

There it is, folks. I am going to gloat while I still can. This Celtics team is solid and deep - and as I wrote in my prediction, they are peaking at the right time. Game 2 is tomorrow. Hopefully, my predictions end up slightly off, and the Celtics take Game Two, coming back home 2-0 and not my predicted 1-1.