It was only a matter of time after Jusuf Nurkic's horrific injury that there would be comparisons to a similar such mishap that occurred to Gordon Hayward last season. 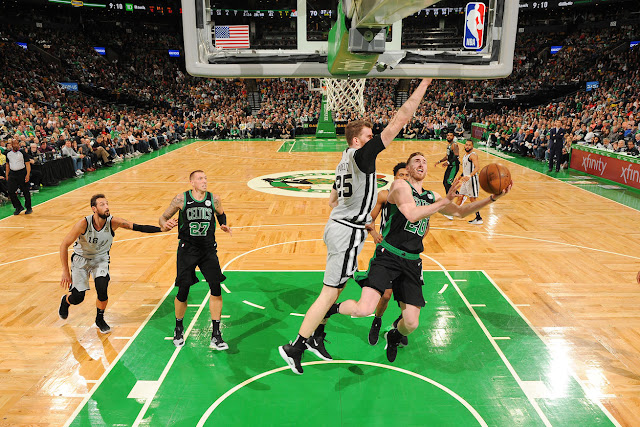 Hayward, who is only just starting to show signs of returning to something like the player he was before the injury, had a few words to share with the Boston Globe's Gary Washburn in the video below.

They talk on the Portland Trailblazer's fracture, the recovery, and the inevitable comparisons in the short clip, the similarities of which prompted a very thoughtful response to Nurkic from Hayward on Twitter last night:

My gloss, via Google Translate, is that it reads "I wish you a fast recovery, brother" (full disclosure, I don't speak a lick of Bosnian, so if I am wrong here, please jump in). Our thoughts go out to Jusuf and his fans; this will be a long trip, but we expect to see him back on the court playing sometime next season.