Most players will tell us that this type of behavior is not uncommon in the various cities hosting NBA games. After the so-called Celtics fan apparently directed a racial slur at the Warrior's DeMarcus Cousins in January, the 2-season ban should have been for a lifetime, and here's why. 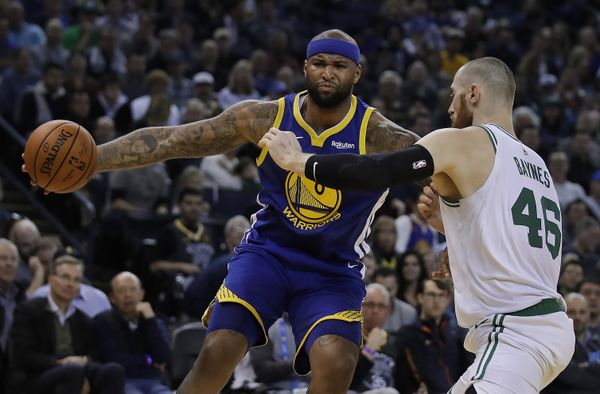 The Utah Jazz had already banned two of their fans for a lifetime for racial slurs directed at the Thunder's Russell Westbrook. When this awful behavior occurs, the problem can be regarded at several levels. First of all, at a time when so many are trying to wipe racial bias off society's landscape, yelling, or muttering (there seem to be two versions), N----- in any venue goes beyond any moral boundaries.

But my stand is that it also goes beyond legal boundaries when it occurs in a mixed-race stadium with thousands of fans, many of whom have been drinking. It then becomes - what I see- as a criminal offense. Why? Because it transcends the limits of free speech, with the possible outcome being a major disturbance. I offer the following, per CriminalDefenseLawyer.com's Ave Mince-Didier:

Disorderly Conduct
Under Massachusetts’s laws, it is a crime to be a “disorderly person.” People are disorderly if they engage in fighting, threats, or violent or excessively noisy behavior, or create dangerous or offensive conditions without good reason, and in order to inconvenience, annoy, or alarm others. (Commonwealth v. Sinai, 714 N.E.2d 830, 47 Mass. App. Ct. 544 (1999).) For example, people who get into bar fights or leave garbage and human waste in public parks could be arrested for disorderly conduct.

Free Speech
In Massachusetts, courts have generally held that the yelling of obscenities, not amounting to “fighting words,” is protected by the federal constitutional right to free speech under the First Amendment. Fighting words are those likely to provoke a violent response.

As a retired Police Lieutenant, I am all-too familiar with the statute. It is not free speech to falsely yell FIRE in a crowded building. Or to utter what the courts call "fighting words". The consequences can be monstrous. So can muttering, or yelling, N----- in TD Garden to a player known to erupt. We don't want another Malice-at-the-Palace in any NBA stadium. Luckily, that didn't happen this time. Instead, it looks like we have a Pardon-at-the-Garden, giving this idiot a pass. He will offend again if given the chance.

We can only hope that players that make racially-based accusations are truthful, and that action against offenders be taken by the individual teams quickly, decisively and strongly. The Pardon-at-the-Garden was a pass. This individual will offend again - possibly with a more-horrendous outcome.