For the second game in a row, Brad Stevens kept Jaylen Brown on the floor in crunch time, and it paid off with a 107-96 win over the Washington Wizards. Even though Brown did not have a great shooting night (4-of-13), he certainly was instrumental in the much-needed win. 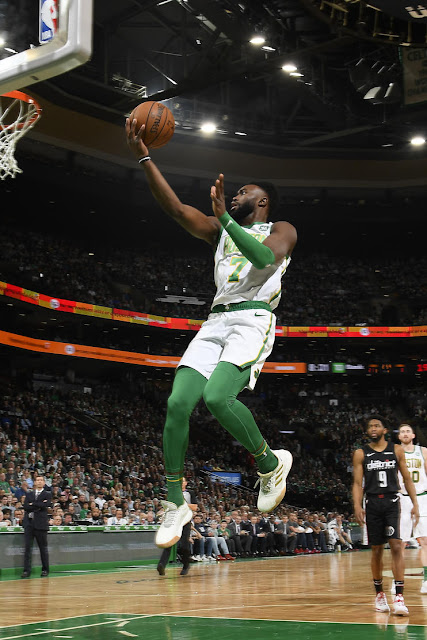 Jaylen scored 13 points and added three rebounds and one assist, but he was 4-of-4 on free throws - something we hope continues. He played the entire fourth quarter and was in there until the final buzzer.

Marcus Smart said Jaylen Brown looked like him out there.

Jaylen Brown gives his best Marcus Smart impression. He said he was tight, otherwise the cartwheel would’ve been better. pic.twitter.com/CdxWOdPIu3

Marcus Smart saying Jaylen looked like him out there on defense - and Al Horford's reaction - are a great sign that the guys are comfortable with each other. The playful Smart-like cartwheel by Jaylen? Ditto.

Danny Ainge knows how vital Brown will be in the post season, just as he was last year. He has the length and quickness to execute Stevens' switching defenses, and his recent consistency on offense has not gone unnoticed by Brad and Danny.

Jaylen took a major psychological blow this season - going into the second unit and having less of a role on offense. But it looks like he has shrugged that off and is giving the team a solid - and consistent - contribution. His patience and perseverance should pay off for him and his team.