A series of interesting tweets prior to Isaiah Thomas' Nuggets dual with Boston tonight apparently ended with Isaiah getting some love last night at Emerson College - while also choosing not to face Terry Rozier 1-on-1 until tonight's contest. It is very apparent that Isiah loves Boston and its fans as much as they love him. 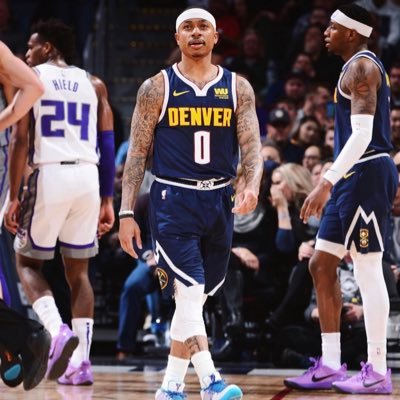 Naw pull up to the practice gym..one on one

It started with Isaiah looking for a good run at a local Boston gym. Instead, he got an invitation from Terry Rozier for some one-on-one action a the Celtics practice gym. But IT saw a better option from Emerson College.

I’ll be there working out right when I touch down https://t.co/JDsJtcSbpI

Two guys who look like they play basketball and @isaiahthomas 😂 For real thanks for showing the love, IT! pic.twitter.com/bFg8p6rP6l

So Isaiah played some pickup ball at Emerson, and a number of guys got the chance to play with (and against) IT, accompanied by a round of photos. The good will he spread around went a long way

IT4 was playing pickup on-campus tonight?! What a guy, @isaiahthomas!

Unless I missed something, the IT/T-Ro 1-on-1 dual never took place, and we will look for it tonight when Denver takes on the Celtics. Despite being taken out of Denver's regular rotation, it would be a travesty if IT never got back on the parquet for this game. Expect a loud verbal demand from the fans in attendance for some IT floor time. The crowd's love should be quite evident.

@isaiahthomas plays pick up after practice at Emerson College pic.twitter.com/dV4eGOgw3h