Celtics lose 114-105 to Isaiah Thomas and the Nuggets 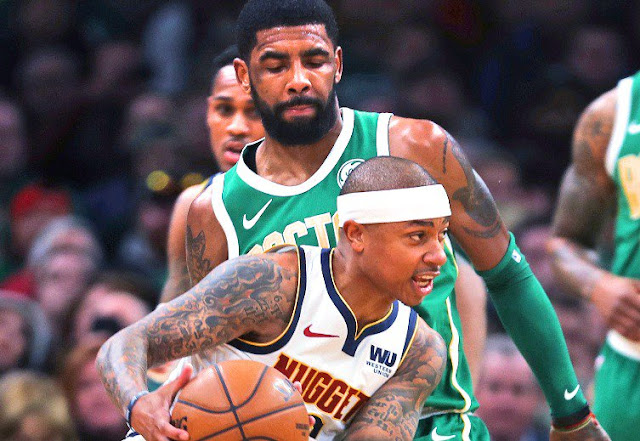 The Denver Nuggets landed in Boston with the second best record in the Western Conference and handed the Celtics their 27th loss of the season with a 114-105 W.

Denver used a 34-25 fourth quarter to clinch the victory at the TD Garden.

The night was highlighted, though, by the return of Thomas who was given a tribute video during the first quarter:

Thomas didn't do much in his six minutes of action, dishing out two assists while shooting 0-of-2 from the field.

Marcus Smart added 10 points, four rebounds, three assists, and two steals in a losing effort. Boston remains a game behind the Indiana Pacers for the fourth seed in the Eastern Conference.

Rob Welch3/18/2019 10:17:00 PM
Share
Rob Welch
I have been a die hard Celtics fan since birth, even though I don't really want to talk about the ML Carr/Rick Pitino Eras but I will if necessary.
Newer
Older