Celtics end the drought, beat the Wizards at home, 107-96 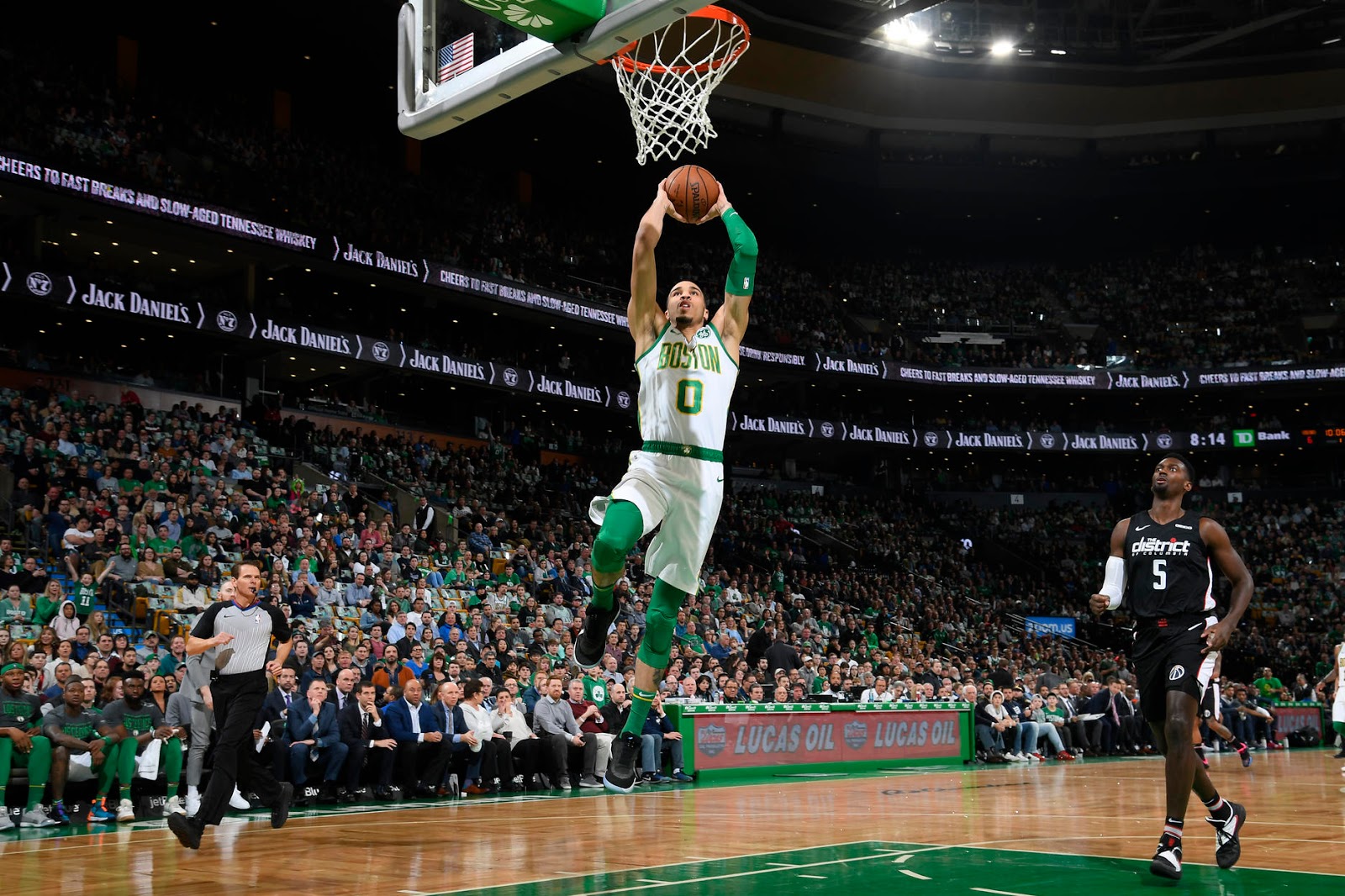 The Boston Celtics ended their 4-game losing streak with a win over the Washington Wizards at the TD Garden, 107-96. The C's opened up a big lead early, then squandered it, but finished the night strong and closed out Bradley Beal and the Wizards in convincing fashion late.

Al Horford led the team with an efficient 18 points hitting 7 of 11 shots to go along with 6 rebounds and 3 assists. Kyrie Irving didn't have his best scoring night with only 13 points but he did help generate some offense for the C's with his 12 assists, and Marcus Smart was a perfect 4 for 4 from the outside (6 of 7 from the field) as he scored 16 points as well.

for the Wizards, Beal paced his team, and the game, with 29 points, 11 rebounds, 6 assists, and a pair of steals. Tomas Satoransky and our old pal Jeff Green each chipped in 15 points in a losing effort.

The C's came roaring out of the gate, opening up a big lead early as they were bringing the hustle on both ends of the floor:

Smart grabs a steal and takes it the other way for two! pic.twitter.com/QNGr2H80Tc

The two-man game is working to perfection. pic.twitter.com/jznxKht3JZ

Aside from Smart, the Celtics continued to struggle from three as they shot just 28.6% (10-35) from the outside, but the difference tonight was when they found themselves trailing early in the 4th quarter they ratcheted up the intensity on the defensive end, forcing turnovers and getting the ball in transition on offense to finish strong.

Brown's hustle sets the tone and Smart throws one down! pic.twitter.com/E3Q9bcY5lo

It wasn't a perfect performance by any means, but the heart and hustle shown late was certainly a step in the right direction for a C's team that's struggled of late. They'll have another big test on Sunday against the Houston Rockets at home.


Related: With 20 games to go, the East seeding race is heating up