The Pelicans have been messing with the Lakers all along 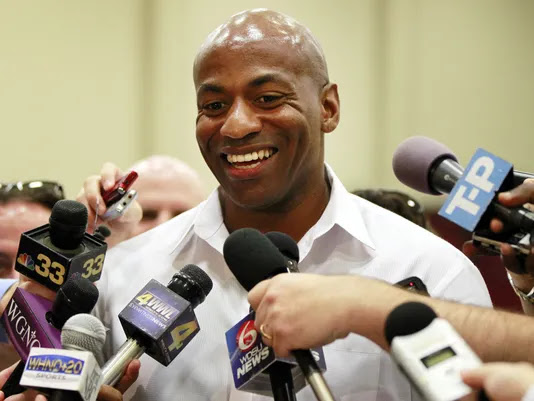 According to Lebron James' carrier pigeon Brian Windhorst, the New Orleans Pelicans and their General Manager, Dell Demps, have been purposely sabotaging the Lakers and their roster with no intention of dealing star Anthony Davis to Los Angeles before the trade deadline. When asked by ESPN's Rachel Nichols whether this might be the case, Windhorst responded that is most certainly is:

.@Rachel__Nichols asked if the Pelicans aren't truly engaging with the Lakers and leaking info to make them miserable.@WindhorstESPN says that's what happened. pic.twitter.com/u4zTdkb56t

The idea that Demps and the Pelicans have been leading Magic Johnson and the Lakers brass astray with these Davis talks all along puts a massive smile on my face, but taking the whole thing in perspective it makes a lot more sense than one might think.

Obviously, this whole mess began when Davis publicly announced that he wanted out of New Orleans just two weeks ago. Demps responded by announcing that he wouldn't be taking calls on Davis before the trade deadline on February 7th (today). That's when all hell broke loose.

Where do you suppose all of this "information" was coming from? Of course it was coming from Davis' agent, who just happens to be Lebron's as well, Rich Paul and the Lakers.

So how does Demps respond? By leaking all of the players and assets that the Lakers were willing to offer in return for Davis, which just so happened to be 3/4's of their current roster. This of course can't be good for team chemistry:

Wobvestigation: LeBron at the end of the Lakers bench pic.twitter.com/g43fkq8JYK

If you're Demps, you're waiting for the summer to make a deal because you can get the most action for your superstar player there. Whether the Celtics are willing to post the best deal for Davis or not, they're certainly interested and it makes little sense to not have them in on the bidding. Anyone trying to hurt a potential deal with the team that has the best assets to offer you is most definitely not looking out for your best interests.