Taking stock of the final stretch: how the path to the playoffs is looking


There are 24 games left on the Boston Celtics' schedule in the 2018-19 NBA season, and it's one of the toughest left in the league - sixth, in fact, per Tankathon.

With All-Star Week in the rearview mirror, attention to the final stretch of the regular season -- and more importantly, how it will affect postseason seeding -- becomes the focus. 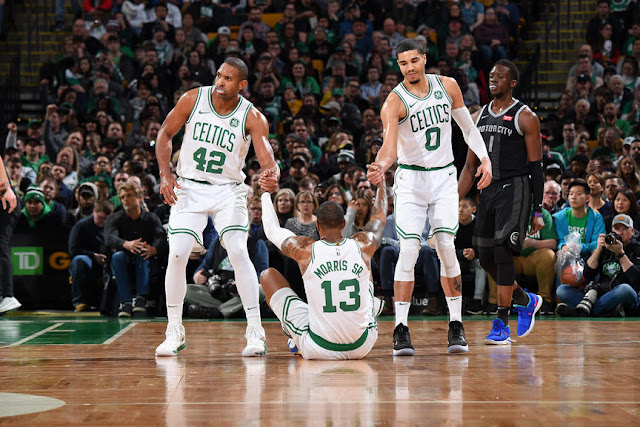 As it currently stands, Boston sits in fourth place by virtue of tiebreakers, having equaled the Philadelphia 76ers win percentage to date at 37-21 overall each. Above them, the Indiana Pacers are just one game ahead - a very attainable goal.

However, the Celts may find themselves out of reach of the top two spots, with the Toronto Raptors 5.5 games ahead and the Milwaukee Bucks 6.5 games - a likely insurmountable lead this late in the season.

Boston will be staring down a tall order to not slip in the standings as soon as Thursday, when they face the league-best Bucks, only to face the second-best Raptors next Tuesday; taking at least one of those two will likely be necessary to have a realistic shot at the third seed and home court for the first two rounds of the playoffs.

The schedule is brutal, with 13 of their 24 remaining tilts against playoff-caliber squads - 15 if you count the Sacramento Kings. The Cs may have gotten lucky closing out the season, though, with only the Indiana Pacers looming in the month of April as a likely threat to a full-strength Celtics - the Miami Heat, Washington Wizards, and Orlando Magic taking up the rest of the month's games.

This will at least give Boston the option of resting players if health issues loom above seeding concerns, but also an opportunity to finish strong if the race is close - it's going to be refreshing to focus on the on-court side of things for a while for many Boston fans, myself included.