No Morris reunion in Boston, after all - Markieff to sign with Thunder


Looks like we'll be deprived of a Morris brothers reunion after all, as Marcus' twin Markieff will sign with the Oklahoma City Thunder after being bought out by the New Orleans Pelicans. 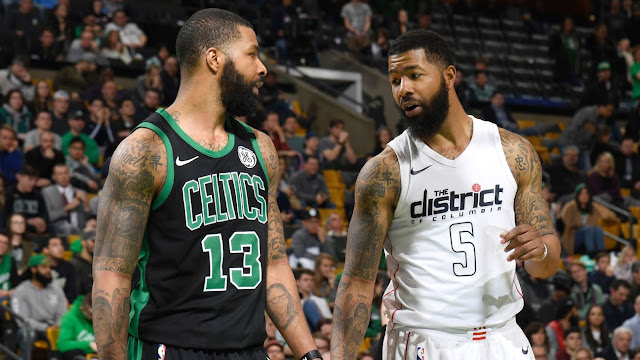 While many of us were excited about the possibility of having both twins suit up in green and white, there were certainly concerns ranging from amplifying any discontent should some arise to finding enough minutes to make it worth Kieff's while.

While the Boston Celtics face even thinner options to fill their final roster slot after Enes Kanter and now Markieff have signed elsewhere, the fact it's with a West team at least gives the Celts a little relief with all the action at the top of the East at the trade deadline.


Markieff Morris had an aggressive market over the past week — with pursuits from the Thunder, Rockets, Nets, Raptors and several others. OKC received the commitment from Morris on Thursday. https://t.co/nTKdlSJSKX
— Shams Charania (@ShamsCharania) February 14, 2019

Danny Ainge and company should probably turn their attention to signing Robin Lopez or Pau Gasol if either are released before the March 1 deadline for playoff eligibility, or perhaps focus on current free agents, the best remaining of which is arguably Marcin Gortat.