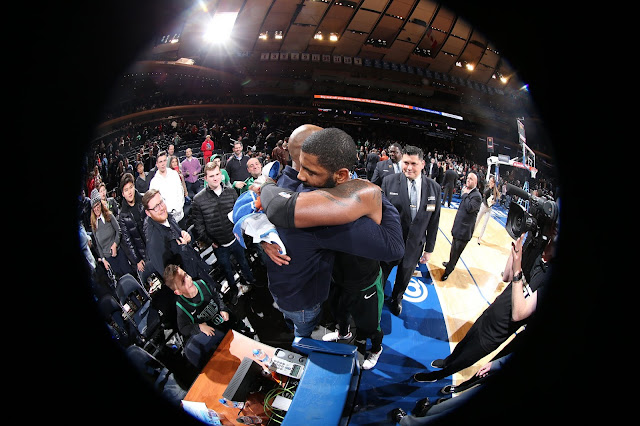 The Boston Celtics will be without their starting point guard Kyrie Irving, resting out of concern for a lightly-sprained knee sustained against the Los Angeles Clippers this weekend, and big man Aron Baynes will likely remain out through the All-Star Break.


#NEBHInjuryReport for tomorrow vs. Philadelphia:

After a pair of losses to both Los Angeles teams, it'll be easy to get down on Boston should they drop the tilt tomorrow evening. And with the key pieces being out, a loss is probably coming - here's to hoping it's not a bad one, and that the rest of the team puts forth a solid effort on both ends of the floor. It might not be the optimal situation to be in, but it's the luck of the draw at the moment.