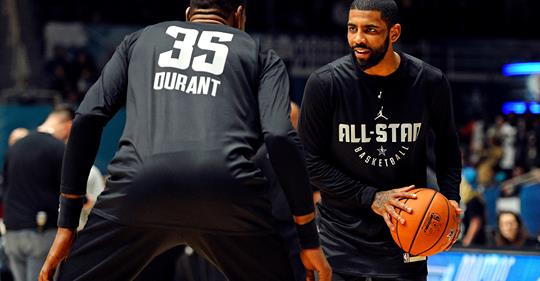 Of course this video got social media abuzz about not only the potential of summer free agents Kyrie and Durant teaming up next season, but also that that could happen in Boston. If you recall, the Celtics were allegedly Durant's 2nd choice a few summers back during his last free agency. While, Durant has been called a cupcake several time this year due to his thin skin with the media and fans, he's still an immensely talented player who would likely cost less in a trade than Anthony Davis. This summer is sure going to be interesting.

Related: Could the Celtics also be looking to deal for Kevin Durant?