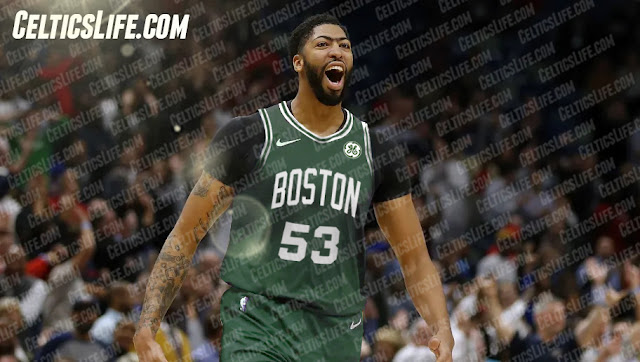 For more than a week now, New Orleans Pelicans big-man Anthony Davis has been linked to the Los Angeles Lakers. Boston's rivals from the West Coast reportedly offered the Pels the kitchen sink but were unsuccessful striking a deal for the 25-year-old before Thursday's NBA Trade Deadline:

Trade deadline passes --- and Boston will get its chance to trade for Anthony Davis.
— Adrian Wojnarowski (@wojespn) February 7, 2019

With the Lakers swinging and missing on Davis, the door opens up for the Celtics to make a deal for the six-time All-Star this summer.

The ideal situation for the C's would be to pair Davis with his close friend Kyrie Irving who will become a free-agent on July 1st. This is when Danny Ainge and the Celts brass are expected to throw a size-able deal New Orleans' way, which would certainly include Jayson Tatum and draft picks to start.

But for now Celtics Nation can take solace in the fact that they now have a legitimate chance to land one of the most unique talents to enter the league in quite some time.

Rob Welch2/07/2019 05:35:00 PM
Share
Rob Welch
I have been a die hard Celtics fan since birth, even though I don't really want to talk about the ML Carr/Rick Pitino Eras but I will if necessary.
Newer
Older