If you've been paying attention to the last few Boston Celtics games, you've probably noticed just how amazing Al Horford has been for the team.

If you were watching last night, you probably also noticed how awful the referees were. These are two inter-related topics I'd like to talk about today. 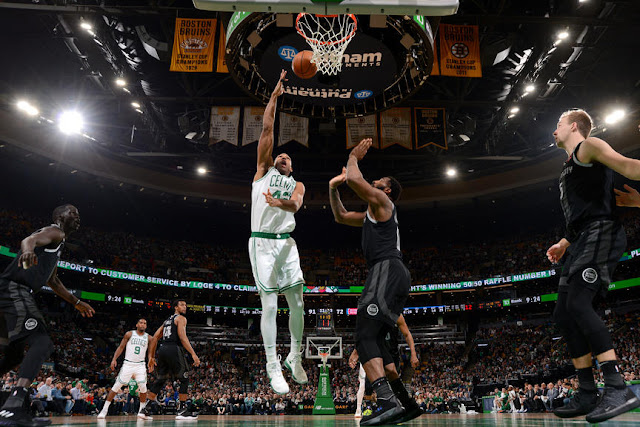 I'm not of the sort who believe the league tries to punish the Celtics for past successes, but they do sometimes use certain referees for contests they'd prefer to see stay close, usually in the postseason. Last night was not one of those nights, with Boston playing the slim-to-no-postseason-chances Detroit Pistons.

But, some of those referees are going to end up covering your games from night to night, and the infamous Tony Brothers was on the scene last night, turning an inadvertent touch into a flagrant one when Horford's hand made contact with Blake Griffin's head, which, to his credit, he sold well enough.


#Celtics big man Al Horford amused by the flagrant foul called on him.

He then encouraged the crowd to make some noise as Blake Griffin took his free throws pic.twitter.com/LdVOqMLSCi
— Josue Pavón (@Joe_Sway) February 14, 2019

Had there not been forty fouls called, with what felt like half of them being reviewed, I might not have even mentioned it, but whatever you feel about the legitimacy of Brothers and co.'s style of officiating, I think it's pretty near unanimous this is not a brand of basketball most people want to watch.

Horford's sudden resurgence, however, was a thing of beauty last night, and the night before, where his adept movement away from the cup on defense flustered his much bigger opposing centers exquisitely, securing the win in the final moments against the ostensibly improved Philadelphia 76ers.


I just said to myself, "You know what this game needs? A clear path review that takes way too long and causes this game to drag out even longer."

It's great to have your prayers answered sometimes.
— Keith Smith (@KeithSmithNBA) February 14, 2019

And his offense helped stave off a Los Angeles Clippers-style comeback against Detroit, burying key treys and layups each time the Pistons threatened to get within three possessions. Of course, he had plenty of help from a Gordon Hayward rounding into form, and strong performances from Jaylen Brown, Marcus Smart, and Jayson Tatum, but it's been Al's bonkers stat lines and play that have sealed the victory for the Celts after an embarrassing stretch against southern Californian teams shook confidence.

There's still plenty of season left to build on this recent spate of good play, and hopefully Al's (and Gordon's) recent play inspires their teammates to match rather than rely on it. If they respond well, the ceiling of this team is very high, indeed.