A couple suggestions to fix the controversial one-and-done rule 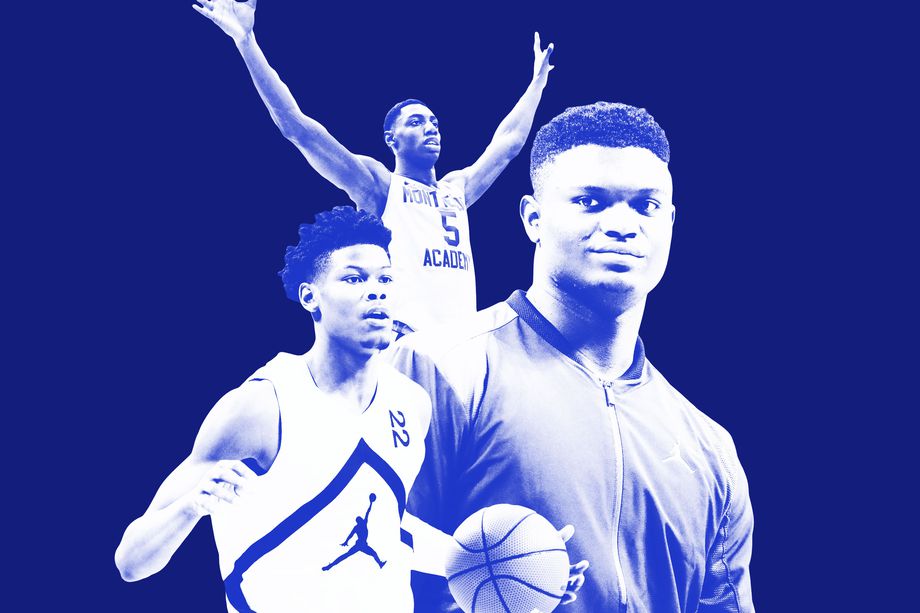 With the news that the NBA is planning on abolishing the one-and-done rule and letting high schoolers once again apply for the draft, let's reexamine why this change is being implemented. Advocates of abolishing the rule state that elite prospects like Zion Williamson are risking injury by playing one season of college ball and also by waiting a year to join the NBA they lose out on a prime year of super max salary, due to their rookie contracts starting a year later. Both of these points are very valid, but there is a fix. No, the NCAA isn't going to suddenly start paying players. But they could pay for much higher loss of value insurance policies for the elite freshmen due to injuries.

JUST IN: Zion Williamson has $8 million in loss of value insurance from policy written by ISI, according to sources. In order to start collecting, however, he would have to slip past the 16th pick in this year’s draft, which isn’t happening. pic.twitter.com/wDVAyhY2R0
— Darren Rovell (@darrenrovell) February 21, 2019

Sources: Duke paid for Zion Williamson’s insurance policy, as schools are allowed to do. Premium for a $8 million loss of value policy runs around $50,000.
— Darren Rovell (@darrenrovell) February 21, 2019


$8 million is nothing to sneeze at, but it's pretty much chump change for what a player like Zion could lose with a serious injury. And again Duke paying 5$0K for the policy sounds nice and all, until you account for how much money Zion is making the university. It's much more than $50,000. If Zion was to slip past the #16 pick, that would mean he'd have had to have suffered an injury that could be career threatening. Duke should have used some of that huge stack of revenue from their college basketball program and paid for a policy that's closer to $80 million than $8 million.

Universities paying for more expensive insurance policies would eliminate the fear of a player getting injured in college and losing out on his big pay day. The other detriment to an elite prospect being forced to play one year in college is that it pushes back his rookie scale contract an additional year. And then subsequently his max contract and then super max contract.

For example, if Anthony Davis had been allowed to enter the NBA in 2011 instead of 2012, not only would he have been paid an additional year by now, but he'd be starting his super max contract next season, as opposed to the 2020-2021 season. So essentially if they abolished the one and done rule, elite high school prospects would be deciding whether going to college is worth giving up a year of super max salary, not to mention the loss of off the court revenue.

You can't really do anything about the loss of off the court revenue, but you could give an incentive to players going to college. One of the negatives NBA teams complained about when they could draft high school players was that they were too raw and took so long to develop,. By the time they had developed they were free agents already (Think Tracy McGrady on the Raptors). To accommodate high schoolers entering the NBA again, the league could extend the rookie scale contracts for an additional year. And then to incentivize prospects developing at the college level, players who played one year in college could opt out of their rookie scale contacts one year early. And players who played multiple years in college could opt out two years early. This way, no matter if you went to play college ball for a year or two or went straight to the NBA, all players would be on the same pay scale based on age. You would not be penalized like you currently are for playing a year or two in college.


Anthony Davis will be 27 years old when he begins his super max contract. Draymond Green isn't eligible to make a super max contract until he's 30,because he played a full college career. Considering a player's prime definitely starts prior to their thirties, it's not really fair to hold college tenures against NBA stars. With the tweak of letting players opt out of their rookie scale contracts an X number of years after they graduated high school, we'd have a level playing field where prospects wouldn't get penalized for going to college.

I'm sure there are other fixes to the one-and-done issue, but higher insurance policies and not penalizing elite prospects by making them wait until they are a year, two, or three older to make NBA super max contracts would level the playing field and let 18 year olds experience and develop in college while also not forcing them to give up millions of dollars.

Related: Zion Williamson's Nike shoe explosion & injury have massive implications
The NBA is the only league where almost half of the teams are trying to lose