The Boston Celtics own their home floor, and that's shaping up to be a problem.

It might sound odd that I'm complaining about the fact that the Cs have only dropped five games at home despite it being a game past the halfway mark of the season, but it's having a "two-way season" in much the way the league values such "two-way" players that's causing the fanbase such consternation. 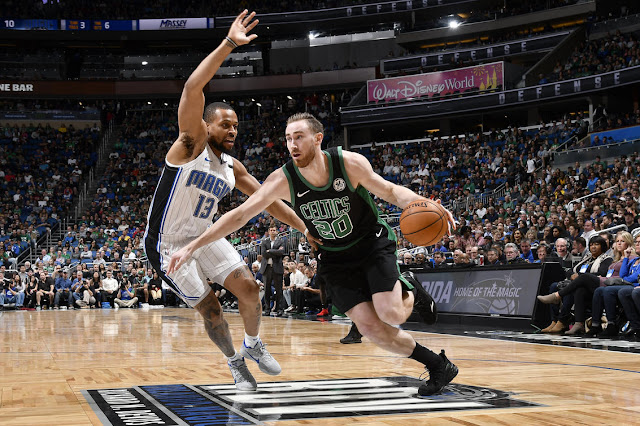 If Boston was only a road team, it's .454 record logged after dropping 12 of 22 road games to date would have it clinging to the eight seed by .002 percentage points - and an equivalent amount out of fourteenth place (!!!) in the loaded Western Conference.

Let that sink in - if the Celts were a west coast team with the road record they now have as their full record, they'd be poised to make a run at Zion Williamson, and that ain't great, folks.


The #Celtics are 1-5 in their last six road games after Saturday's loss. A closer look at those road woes, an idea to shake up the rotation and more takeaways here: https://t.co/TXTu0nV3UT
— Brian Robb (@BrianTRobb) January 13, 2019

Mercifully, the team's excellent home record, 15-5, has kept them in the mix for a top-four seed, though every avoidable loss dropped (mostly) on the road is pushing the higher end of that spectrum further out of reach.

These guys need to figure it out on both ends of the schedule as bad as some players need to learn how to defend. I wish I had answers, but you can't teach Ubuntu - it's got to come from within.

All the potential in the world isn't worth a dime if it doesn't become part of something greater than itself.