When the Boston Celtics announced that Kyrie Irving was to miss last nights win over the Cleveland Cavaliers, there was a certain Celtic who instantly knew he was going to start in his place. 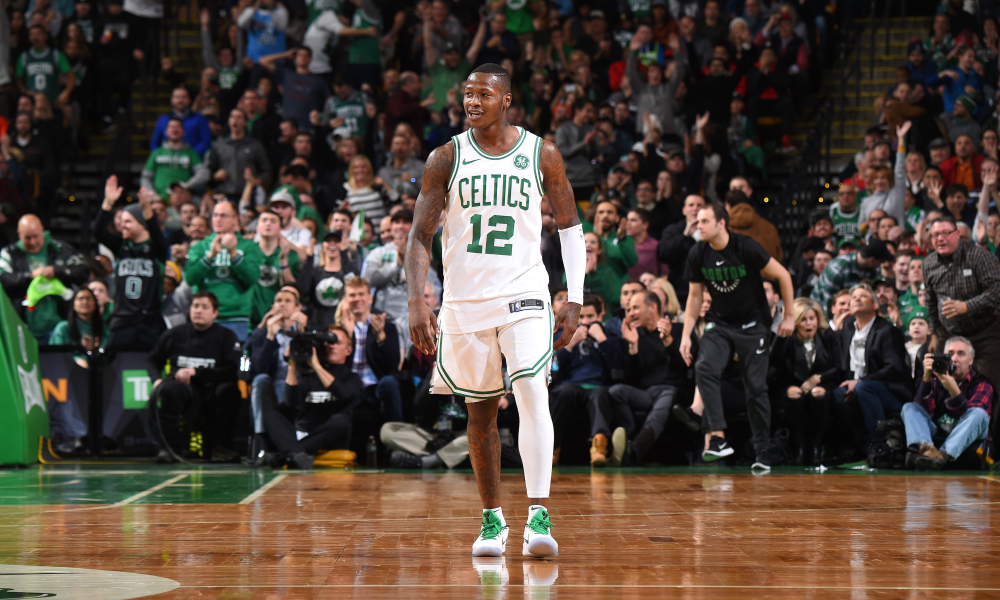 That player was Terry Rozier and it wasn't because Celtics coach Brad Stevens had told him, it was actually Kyrie himself who texted Rozier to let him know and he also revealed that this wasn't the first occasion he had done so. Speaking to the media after the game, Rozier told us that when Kyrie is set to miss a game, he's the first person to know. (per Mass Live's Thomas Westerholm):

“Well, actually Kyrie told me he was out,” Rozier said “He texted me early in the morning like just about every morning he is out, so I can get mentally prepared. He has been good with that, and he has been a good mentor all year since we have been playing together, and he has given me that confidence early in the day.”

In what was just his sixth start of the year, Rozier showed us that his confidence was indeed sky high and he reminded us that he's still the same "Scary Terry" from last years deep playoff run. The 24-year-old set a season-high 26 points, shooting 9/13 for the game as he put on a show in front of a delighted TD Garden.

Rozier got off to a very hot start, going 8/8 and even managed to top his previous season high in just the first half. This was something that was brought up in his post game interview but he denied that his mentality changes when he's slotted into the starting line up as opposed to coming off the bench. (per Westerholm):

“I wouldn’t say it’s different,” Rozier said. “But I know that I’m going out there right away, so I can get myself ready for that. It’s kind of different, but at the same time I’m just trying to be effective either way.”

With Irving set to rejoin the Celtics starting five for Saturday's game against reigning champion Golden State Warriors. Rozier will undoubtedly rejoin the second unit, However, should he continue this stand out performance into that game, the Warriors should absolutely be worried about the return of "Scary Terry".

How impressed were you with Rozier's performance last night? Let us know your thoughts and comments.