The New York Knicks are currently in the midst of assembling a deal to send Kristaps Porzingis to the Dallas Mavericks for Dennis Smith Jr., per multiple sources. 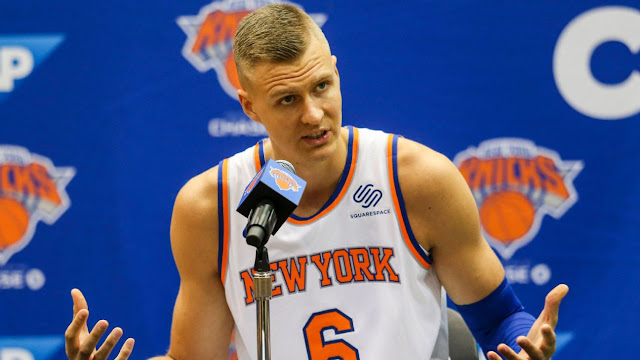 The deal, which is being reported by the New York Times' Marc Stein, would send Smith Jr. plus the expiring deals of Deandre Jordan and Wes Matthews to New York, allowing the team to go after two max-contract deals with the opened roster slots and cap space, and will reportedly also net them a future first-round pick.

The Dallas Mavericks are nearing a trade to acquire Kristaps Porzingis from the New York Knicks, according to league sources
— Marc Stein (@TheSteinLine) January 31, 2019

The Mavs will receive former Boston Celtic Courtney Lee and Tim Hardaway Jr. in a move many may see as an attempt to lure Kyrie Irving away from Boston in free agency, though it is unclear whether Irving is indeed one of their prime targets.

At any rate, with Kevin Durant remaining a possibility to decamp to the Big Apple this summer, the move, while seemingly removing the team from the Anthony Davis trade sweepstakes, places them in pole position should the Celtics fail to connect on their crucial goal of re-signing the former Duke product to be their starting point guard.

There may be more news yet to come on this unexpected twist, so stay tuned.