Lost in a story about Los Angeles Lakers wing Brandon Ingram having a career night despite being linked to swirling rumors of Anthony Davis trades was a key bit of intel that ought to give Boston Celtics fans distressed by said rumors a bit of inoculation against them. 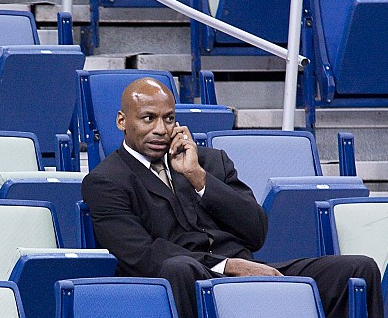 "Any Lakers trade package presented to the Pelicans would include some combination of Ingram, Hart, Kuzma, Ball and Ivica Zubac, as well as a future first-round pick or picks. When that offer could occur leading up to the deadline is unknown. New Orleans general manager Dell Demps is "not picking up his phone," a source familiar with the situation told ESPN on Tuesday."

The emphasis above is, of course, my own, as that little nugget should be jumping off the page to any Celtics fan with a pulse and literacy skills.