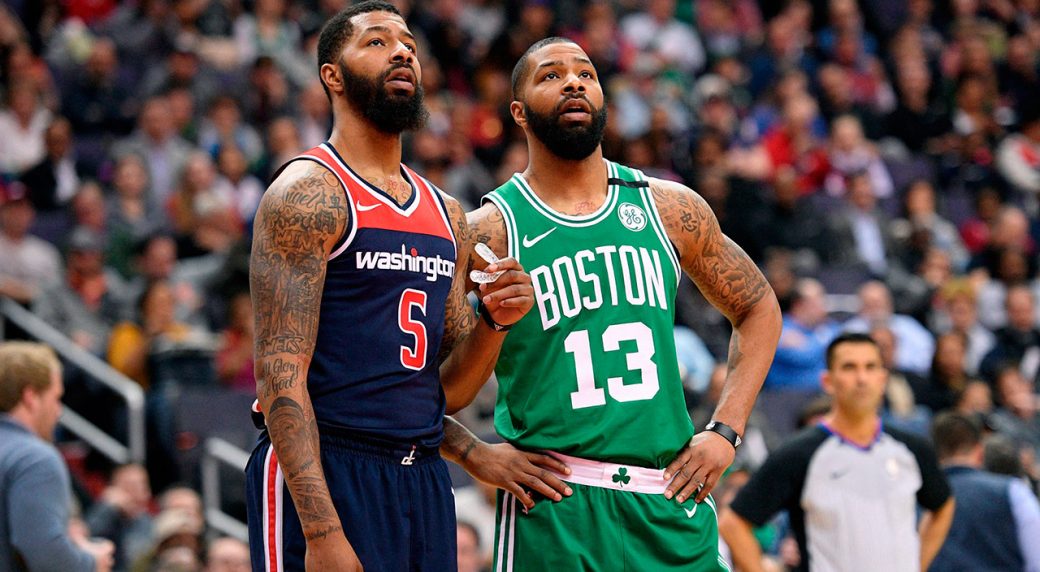 Twin brothers Markieff and Marcus Morris are famously close to one another. In addition to their identical features, they play with a similarly hard-nosed style and even share matching tattoos.

Something they haven’t always shared since being in the NBA is a significant role in an NBA rotation. Until recent seasons, Markieff has enjoyed a larger share of minutes in the league – most notably with the Washington Wizards – than Marcus.

However, since his trade to Boston, Morris has taken the chance to showcase his ability and secured a place within Brad Stevens’ plans. This year, he has averaged 15.1 points per game from 49% shooting and 44% from beyond the arc – a considerable improvement from the 36% of last year. Most strikingly, he has enjoyed this uplift in efficiency while attempting 0.8 more 3-pointers per game.

Predictably, one witness to Marcus’ improvement who knew he had it in him was Markieff, who took time out of his NBA London preparation this week to tell me exactly that.

“I’m not surprised,” Morris stated. “I mean, once the opportunity presents itself, both of us are always going to take full advantage of it, that’s just the type of guys we are. Quite honestly, it took long enough.”

Markieff Morris on his brother’s progression in Boston:


At the time Marcus joined the Celtics, the teams were embroiled in an almost-rivalry with the Wizards, who even terrifyingly coordinated their outfits that one time. It felt as though some were simply trying to speak beef into existence, despite the quality disparity between the two teams' performances.

Well, for Markieff, that spelt the end to whatever was brewing between the two groups.

“It kind of killed the rivalry for me, to be honest. I’m still against Boston though.”

So, there we have it. The rivalry that was never really a true rivalry is now not any kind of rivalry. Got it? Good.