Boston Celtics sophomore wing Jayson Tatum has been invited to participate in the Skills Challenge of All Star Weekend. 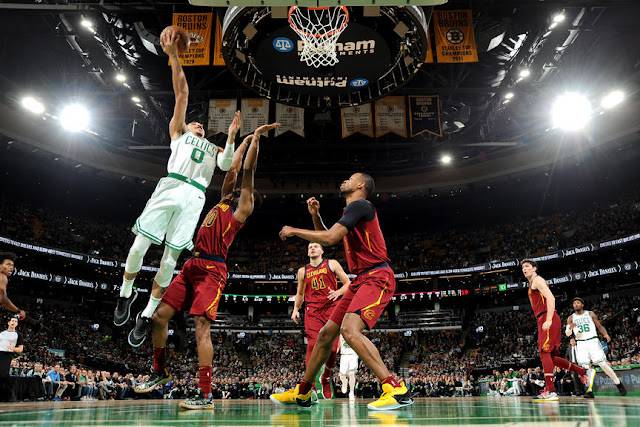 Tatum, also asked to participate in the Rising Stars Challenge, will join five other current or former Celtics as participants in the Skills Challenge (Al Horford, Gordon Hayward, Kyrie Irving, Isaiah Thomas and Rajon Rondo have all participated in the challenge in the past), though a Boston player has yet to win it.

For the unfamiliar, the challenge consists of two players facing off on identical courses over three stages. The first is laden with various obstacles they must dribble the ball through, the second requires them to deliver a pass to a target, and the third requires nailing a trey mid-dribble from the top of the circle.

Taco Jay will probably not make the regular All Star game despite a respectable showing in fan voting, but it's also not out of the question, particularly if he manages enough of a showing before the non-fan component of All Star voting closes.